From a mid-displacement Italian supersport to a V4-powered ADV, the coming months promise plenty to have enthusiasts drooling 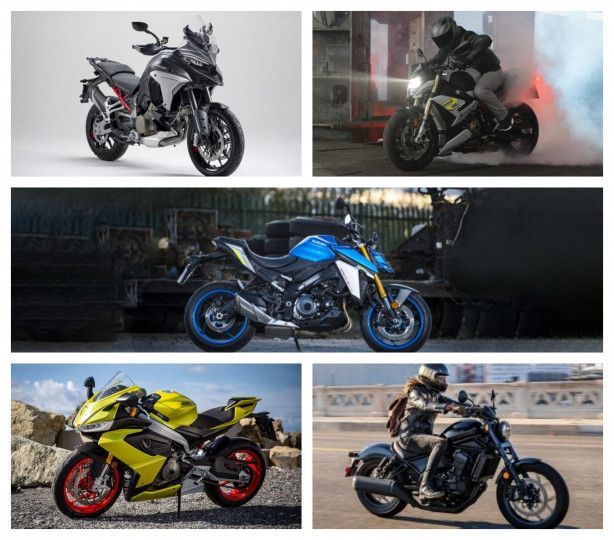 This year may not have panned out like everyone would have hoped it to, but it has been a year of some pretty big motorcycle launches. We have already had some great bikes debut here in the past six months, and the remaining months seem equally promising.

Ducati India has been on a roll of late. Following the launch of the Panigale V4 and the Diavel 1260 this week, the brand is expected to bring in its flagship ADV, the Ducati Multistrada V4, here soon. In fact, select dealerships have already commenced pre-bookings for the flagship Italian ADV.

Ducai promised to launch as many as 12 motorcycles this year and so far, it has been delivering. The Italian marque is likely to launch the SuperSport 950 after the Multi V4 makes its debut here. The Ducati SuperSport 950 received a major overhaul for 2021 and there’s a lot going on underneath the Panigale-inspired styling too. Read all the details in this story.

Ducati’s launch streak will end with its latest model, the new Monster, which has shed its muscular looks and the iconic trellis frame for a more modern and chiselled avatar. The 2021 Ducati Monster, in spite of the bigger engine, is a whopping 18kg lighter than before!

With the Triumph Speed Triple 1200 RS and the Streetfighter V4 already on sale in India, the Bavarian manufacturer will soon bring out its flagship streetfighter and has already begun putting out teasers. The 2021 BMW S 1000 R isn’t looking to breach the 200PS mark, but is actually making efforts to be easier to live with. Apart from the slightly less powerful engine derived from the BMW S 1000 RR, the bike has undergone a major cosmetic transformation, losing its iconic asymmetrical headlight.

The Honda Rebel 1100 is not one to lure you with mind-numbing performance. Rather, its electronics package is something that you'll be in awe of. Not only does it come with riding modes, traction control and cruise control, even wheelie control is present. We expect Team Red to bring in its rebel at around Rs 12 lakh, squaring it up with the likes of the Triumph Bonneville Speedmaster and the Harley-Davidson Low Rider S.

After the CB500X, Honda is likely to bring the CB500R to our shores. The faired parallel-twin beauty will slot itself between the Kawasaki Ninja 300 and the Kawasaki Ninja 650 in terms of performance. However, going by BigWing India’s pricing strategy, it could be priced on par with the Ninja 650.

The legendary tourer from Japan received a minor update earlier this year and even a new variant, simply called the Tour. BigWing India confirmed the launch yesterday and going by the teaser image, the Honda Gold Wing Tour might make its India debut in June itself.

The 2021 Hayabusa is a hot-seller and Suzuki is likely to bring in the 2021 GSX-S1000 to expand its customer base. Suzuki’s pricing strategy with the Busa has been spot on and we can expect the same from the freshly-updated GSX-S1000 if it comes as a CKD unit. That said, we cannot rule out the possibility of the Katana, which will be a unique proposition in the segment, coming in instead.

Aprilia’s ticket to the mid-displacement segment has been a hit abroad. In fact, the Aprilia RS 660 has given rise to a new breed of mild-mannered supersports. Aprilia dealerships in India have unofficially began accepting bookings, hinting that the launch could be as early as August. However, it will come via the CBU route, so prepare to pay a hefty sum for the bike.

The RS 660’s naked sibling will enter the super competitive mid-displacement naked segment, currently ruled by the Kawasaki Z650. However, the Aprilia Tuono 660 boasts of superior electronics and power. But if the leaked pricing is anything to go by, the Aprilia comes scarily close to some much bigger motorcycles.