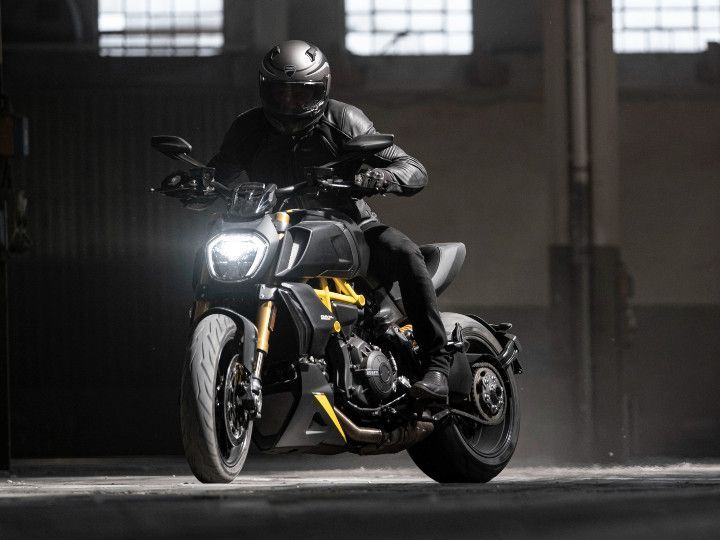 Ducati is no stranger to such colour editions of its motorcycles. Take the Streetfighter V4 for example. The bike comes standard in the traditional Ducati Red shade. However, for an additional Rs 20,000, you can have the S trim of the super naked in a special matte black colour, which Ducati calls the Dark Stealth edition. This Diavel 1260 S Black And Steel is pretty much the same.

Back in 2019, Ducati had unveiled a Diavel 1260 ‘Materico’ concept, which was built as a one-off for the Milan Design Week. The new edition draws a lot of inspiration from the Materico. So you find this devilish cruiser drenched in grey and black with yellow bits, such as the under tail panel, trellis frame, seat badge, and colour accents on the belly pan and wheels that make the bike pop. Even the graphics are new, with ‘1260’ sprawled across the tank in gloss black.

No further changes have been made to the bike. Its 1,262cc L-twin engine still beats out 162PS and 129Nm. It weighs 249kg and gets a tonne of riding aids to keep the madness in check. And since this is the S variant, it also gets additional goodies such as blingy Ohlins suspension, lighter wheels, and a bi-directional quickshifter as standard.

All said and done, it has become rather pricey with very few tangible updates to justify the premium. Besides, when Ducati does decide on bringing the Black And Steel edition to India, it is only going to be more expensive.