The Mean Ducati Diavel 1260 Arrives In India Its BS6 Avatar

The S variant has become rather pricey 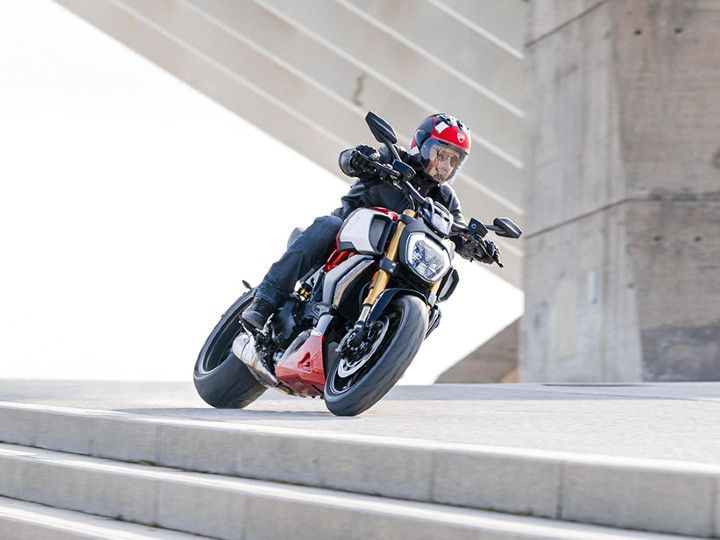 Ducati’s feisty urban cruiser, the Diavel 1260, has washed up on our shores. The standard variant is priced at Rs 18.49 lakh (ex-showroom India). The Diavel is one of the most popular Ducati models in India, but the new asking price will burn a bigger hole in your pocket than what you would’ve hoped.

Ducati is asking a mighty premium for the BS6 Diavel 1260, especially for the S variant. This premium is a little hard to digest, considering the only difference between this and the earlier BS4 version is the increased horsepower and weight.

The only other power cruiser currently on sale in India is the Triumph Rocket 3, prices for which start from Rs 19.35 lakh (ex-showroom India).

What’s New?
The only change the Diavel 1260 gets for 2021 is inside the engine. The 1,262cc L-twin DVT engine now puts out 162PS, 3PS more than the BS4 motor. This gain in output should be enough to offset the 5kg increase in kerb weight; the bike now tips the scales at 249kg. Torque remains the same at 129Nm. Expect it to still offer thrilling performance, just like its BS4 version.

What’s Unchanged?
Ducati hasn’t tweaked the trellis frame or the kit on offer. There are distinct black colour choices for the standard and S variants, and the latter also gets a red option. The red accents add to the bike’s sporty quotient while costing no extra moolah.

There’s no update on the Diavel 1260 Lamborghini Edition as yet. We hoped the Italian marque would bring a handful of these units.

ZigSays
The BS6 Diavel 1260 stays true to its name (Ducati maintains ‘Diavel’ translates to the ‘devil’ in Bolognese dialect). The radical cruiser is almost beastly with the reflexes of a skillful footballer. But, of course, you will have to shell out bigger dough for it. Will the new prices affect your buying decision? Do let us know on our social media channels.