The Monster Is Back To Rule Indian Streets

Ducati has priced the Monster quite competitively for the Indian market 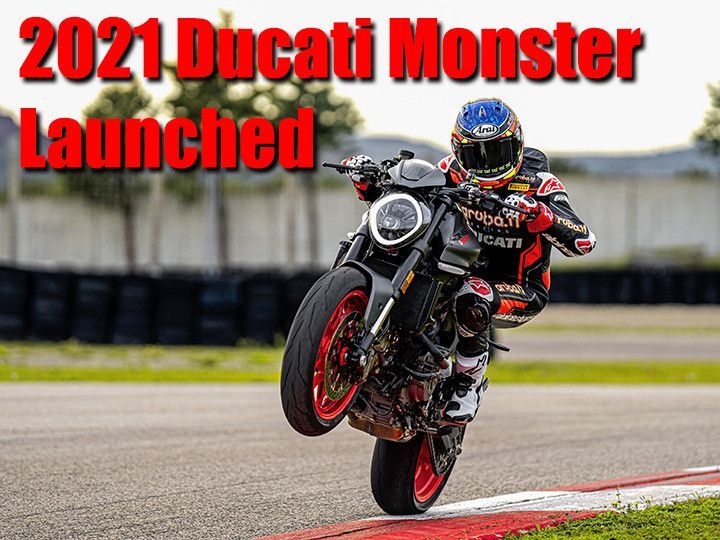 The Ducati Monster is one of the most influential motorcycles ever built. Known for its great handling and accessible yet fun performance, the Monster redefined the middleweight segment. However, for the past couple of years, it had gone a bit stale, especially with its 821 variant. Thankfully, the 2021 Monster (now with no numeral suffix) aims to reignite that lost spark. And it is here in India at a very attractive price.

What’s The Price? Who Are Its Rivals?
Ducati has slapped a price tag of Rs 10.99 lakh (ex-showroom) for the 2021 Monster. This is for the standard Ducati Red colour and if you want the Aviator Grey or Dark Stealth options, you would have to pay Rs 10,000 more. There’s also a Monster Plus variant which also gets the same three colours. Prices for the Plus trim are Rs 11.24 lakh (Ducati Red) and Rs 11.34 lakh (Dark Stealth and Aviator Grey).

The Monster arrives in a hotly contested segment of middleweight naked motorcycles, currently dominated by the Triumph Street Triples. While the Street Triple R (Rs 9.15 lakh) is more affordable than the Monster, the range-topping RS trim (Rs 11.35 lakh) is almost on par with the Monster Plus version. You also have the highly popular Kawasaki Z900 (Rs 8.42 lakh), which is quite a lot cheaper, has an inline-four engine and is more powerful than its European counterparts. But the Kwacker is heavy and lacks sophistication.

How Many Variants Are There?
There are two trims and three colour options in each of them. On the Monster Plus, you get a small front visor and a pillion seat cowl as standard.

What’s New?
There’s quite a lot actually. Right from a radically new design to a Panigale V4-inspired monocoque chassis to a larger and more powerful engine, the Monster is a new and re-energised beast. Yes, some of the traditional Monster elements have been done away with, but Ducati’s main aim was to reduce the weight of the Monster, which is now 18 kilos lighter.

The ever-so-versatile 937cc Testastretta 11° L-twin motor also makes its way onto the Monster. This is the same engine that you find on the Multistrada 950 S, Super Sport 950 and the soon-to-be-launched Hypermotard 950. The engine tuning is unique to the Monster as it dishes out 111.5PS and 93Nm, 2.8PS and 7Nm more than the 821’s engine.

Plus, there are a lot of other big updates on the Monster, like more sophisticated electronic rider aids, which you can read in our detailed first look story here.

ZigSays
The new Monster should be a fun and light naked for the experienced rider. It has the right set of tools to make for a good all rounder and the price tag isn’t too steep as well. We shall be riding the bike soon, so stay tuned for the updates.