How Much Of A Game Changer Is The Aprilia RS660?

It seems Yamaha, Kawasaki, and Triumph are looking to emulate Aprilia’s formula in the near future 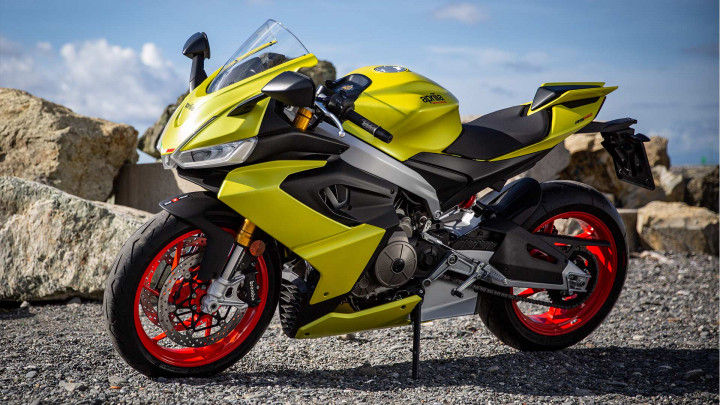 The traditional 600cc class is a dying breed of motorcycles. Once the most sought-after bikes for offering great performance and phenomenal handling, these dinosaurs of the motorcycling world are on the verge of extinction. And the stringent emission norms aren’t entirely to blame either. The Yamaha YZF-R6 is now a track-only motorcycle, the Honda CBR600RR is only going to be sold in Japan and the US, and Triumph stopped making the Daytona ages ago. What’s the future of the mid-displacement supersports then, if there is any that is?

The emerging trend is something Aprilia has managed to capture quickly with its RS660. It isn’t a revolutionary idea, pretty much a basic parallel-twin motorcycle that displaces around 650 cubes. Kawasaki has been doing it for decades, then why is the Aprilia a big game changer?

When you stack the Kawasaki Ninja 650 and the Aprilia RS660 on paper, both motorcycles aren’t out-and-out sportbikes. Both of these fully faired motorcycles slot in between the traditional hardcore sportbike and a sports-tourer. What makes the Aprilia so much more special, and why other motorcycle manufacturers are taking notice, is because it harks back to the glory days of the 600s sans their incredibly serious sporty intentions.

The RS660’s RSV4-derived 660cc parallel-twin motor puts out 101PS, which is 33PS more than the Ninja 650 makes from its 649cc mill. Plus, it is loaded to its gills with IMU-aided electronic rider aids, top-spec hardware, and even a wind tunnel-tested aerodynamics package. It has received raving reviews all across the globe and we are quite hopeful it will be a great bike for Indian conditions as well. Its price tag might not be quite as welcoming though. Our sources suggest it will retail at Rs 13.39 lakh (ex-showroom India), which is frankly a lot of money for the segment.

But here’s the formula that manufacturers such as Yamaha, Triumph and even Kawasaki should try and incorporate for their future models. Build something that captures a bit of the essence of the 600s and add a dash of sensibility and versatility to the mix. There are enough signs of growth of this very segment.

Yamaha seems to reignite the YZF-R7 name. Only 500 units of the R7 were ever built, so it would be eligible for the WSBK and endurance racing series. While the original R7 was a 750cc bike with an inline-four engine, the new one might just use the MT-07’s 689cc parallel-twin engine. It is likely to carry a sportier engine tune than the one on its naked (which currently puts out 73.4PS).

Triumph has been sceptical about the future of the Daytona. In one of his interviews with an international publication, Triumph’s Steve Sargent had mentioned that the RS660 format was something Triumph was certainly impressed with and saw a lot of potential in. Whether that sparks into the modern-day Daytona, only time will tell. However, Triumph being Triumph will not settle for a twin. Just like we have seen the Brit marque take on the Kawasaki Z650 with its Trident 660 (which will be launched on April 6) triple, the same power unit is likely to be used on the sportbike, if it decides on making one (Please, make one!).

What about Kawasaki then? Well, the 650s have been one of the best ways to graduate on to big-capacity motorcycles and that is unlikely to change. What might be a possible challenger to the RS660 is a rebored-engine that belts out around 90-95PS. A more comprehensive electronics package and better hardware will be appreciated for sure.

Even Norton was working on a super-twin project before it went bust. Will that be on the agenda now that the brand is under TVS’ ownership? Will the likes of Honda and Suzuki also want to capitalise on this relatively untapped segment. Could KTM spark a surprise and actually make a large-capacity RC? It will be interesting to see how the segment unfolds in the years to come.