It will rival the Triumph Speed Triple 1200 RS, the Ducati Streetfighter V4 and the Kawasaki Z H2 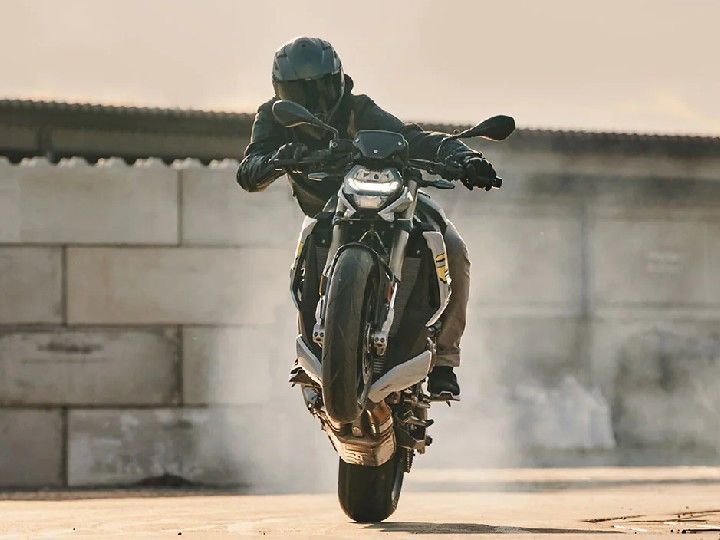 BMW Motorrad India has teased the 2021 S 1000 R, its flagship streetfighter offering, on social media hinting at an imminent launch. Expect the bike to make its way here in June itself. It will return to Indian shores after a year-long hiatus probably with a price hike of about Rs 1.5 lakh. The three variants, Standard, Sport and M package (replacing the Pro version), could be priced between Rs 18 lakh and Rs 20 lakh (ex-showroom).

The S 1000 R is essentially a BMW S 1000 RR minus the fairings and with a slightly less powerful heart. For 2021, the bike has received its most crucial update as it goes under the knife from head to toe. Aesthetically, it bids adieu to the asymmetrical headlamp and edgy styling, taking on a similar design language to other Bavarian nakeds like the G 310 R and the F 900 R. While the new design is more mass-appealing, we miss the radical, quirky looks of the previous model which made it stand out in BMW’s vast lineup.

The 2021 S 1000 R switches to a better electronics package too, derived from the S 1000 RR. It packs three riding modes (Rain, Road, and Dynamic), dynamic traction control, ABS, and Bluetooth connectivity, all accessible through a new TFT instrument cluster.

The 2021 S 1000 R is powered by the same 999cc, inline-four motor which has been tweaked to meet BS6 norms, putting out 167PS and 114Nm. Considering the S 1000 R will rival the 175PS Triumph Speed Triple 1200 RS and the 200PS+ Ducati Streetfighter V4, it falls a little short on outright performance, probably because of its smaller cubic capacity. Even the supercharged Kawasaki Z H2 with a similar cubic capacity makes 200PS+.

Nevertheless, we’re keen to see how BMW prices the 2021 S 1000 R and how it fares in the Indian market. With lockdowns opening up in many metropolitan cities, maybe we’ll get to swing a leg over it soon for a first ride impression. Till then, watch this space.