Brace Yourselves For These 5 Upcoming Two-wheelers In 2021

Save up for these exciting Diwali purchases 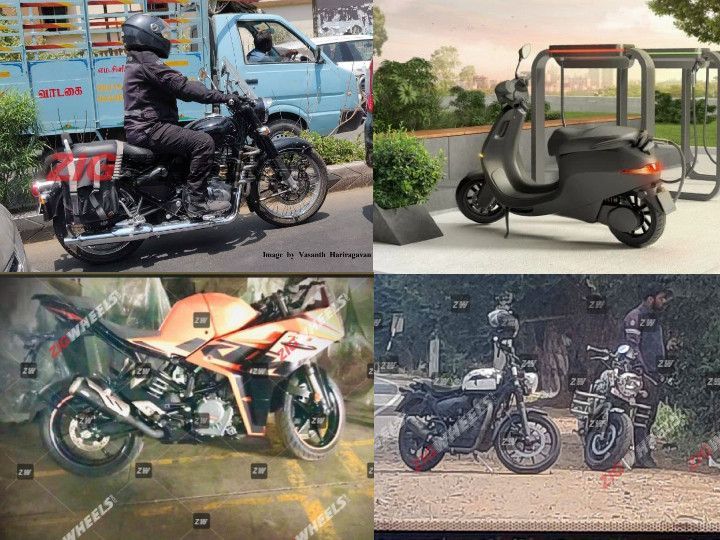 Halfway into 2021, and we have had some exciting launches already. But there are many more scheduled to arrive this year, and that has got us waiting with bated breath. Here are the top five two-wheelers we are keen on having a go at in 2021:

2021 Royal Enfield Classic 350
It might be this month or the next, but the next-gen Royal Enfield Classic 350 is surely primed for a launch. While the arrival timelines for almost all the offerings on this list have been affected due to the second wave of COVID-19, the Classic 350 has probably been impacted the most. Built on the same platform as the Meteor 350, the new Classic will have much more features, a refined engine, and better handling without compromising on the essence of an old-school roadster.

Royal Enfield Hunter 350
Following the Classic will be the Hunter 350, Royal Enfield’s modern rendition of a single-cylinder British roadster. Think of it as a single-cylinder Triumph Street Twin. Again, the J1-349 heart will be the same as the Classic and the Meteor. However, what will be different is its riding posture, body, and steering geometry, which should make it a more spirited ride.

2021 KTM RC 390
Team Orange, too, will have something for us to cheer for in the form of the next-gen RC 390. The flagship supersport will now get a new design, split-trellis frame, different ergonomics, and maybe even a couple of electronic rider aids. Will that be enough to boost sales of KTM’s 390 series of bikes (which, frankly, have been tanking for a while)?

Royal Enfield Roadster 650
Moving on to something big and still reasonably affordable, one of the two Royal Enfield’s 650cc engine-powered cruisers (if not both) will be launched by the end of the year. Testing of the cruiser, which we believe will be called the Roadster 650, has been going on in full swing for quite some time. Would it serve the company well to launch the Shotgun 650 alongside the Roadster 650? It has done something similar in the past with the Interceptor 650 and the Continental GT 650, so maybe, it is possible for the cruisers too.

Ola Scooter
Last but definitely not the least, the Ola Scooter is one of the most hotly-anticipated electric scooters for 2021. The ride-sharing giant-turned-electric manufacturer has shared ambitious plans for itself. There’s not much divulged about the Ola Scooter, which is a pretty straightforward name, aside from the charging times and an indicative range of around 150km. What is going to be the most exciting bit about it is its price tag, which could very well be around Rs 1 lakh. Are you game?