Ducati has made its grand touring beast lighter 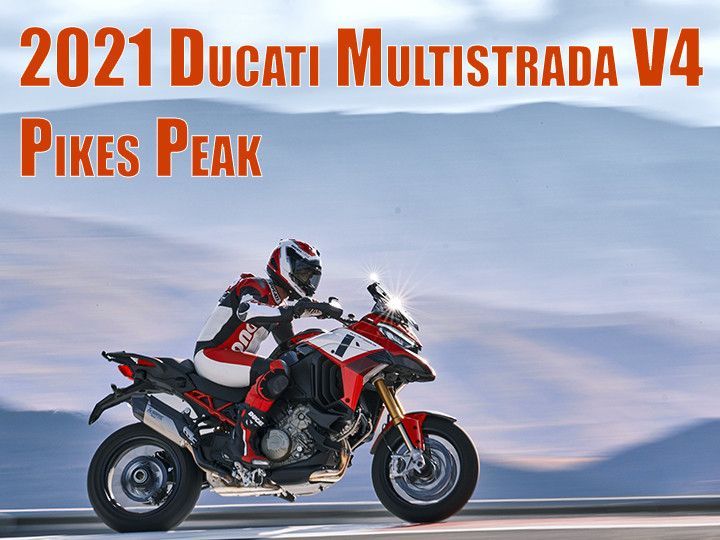 Even though two-wheelers can no longer participate at Pikes Peak, Ducati has built yet another edition of the Multistrada honouring the hill climb race where it has enjoyed much success. The Multistrada V4 Pikes Peak takes the Multi’s sport riding credentials a notch higher. Here’s what the Pikes Peak edition packs:

What’s New?
In typical Ducati fashion, the new V4 Pikes Peak version gets a dedicated race livery with the ‘1’ race number on the fairing. This of course is to pay tribute to Carlin Dunne who tragically lost his life at the event a couple of years ago when he was on course to set a new course record astride a nearly production-ready prototype Streetfighter V4.

Besides the new graphics, Ducati has made a few subtle tweaks to the Multi V4’s cycle parts. The 17-inch front wheel amplifies its road-worthiness with both rims now sourced from Marchesini’s forged aluminium range. The wheels have helped save 2.7kg off the Multistrada V4 S. In fact, Ducati has shaved off 4kg in all from the sporty ADV to better its handling potential.

The other bit that must’ve contributed to the weight saving is the new Akrapovic exhaust. The titanium carbon blend end-can is road-legal (Yay!) and should produce a melodious tune.

What’s Unchanged?
Despite the new exhaust, Ducati states that the 1160cc Granturismo V4 mill makes the same 170PS and 125Nm as the V4 S, which should hardly be a bummer. Plus, you get all the gizmos and aero wizardry that Ducati has built a reputation for on the Multistrada V4 Pikes Peak as well.

ZigSays
Ducati has taken a small but significant stride forwards for those who want to fulfill their grand touring aspirations. It might not be able to conquer Pikes Peak officially anymore, but it should be able to conquer the rest quite easily. 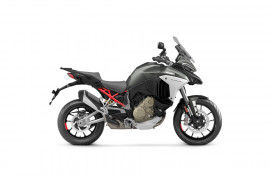