Just a sportbike on stilts or a comfortable tourer? Here’s what we think 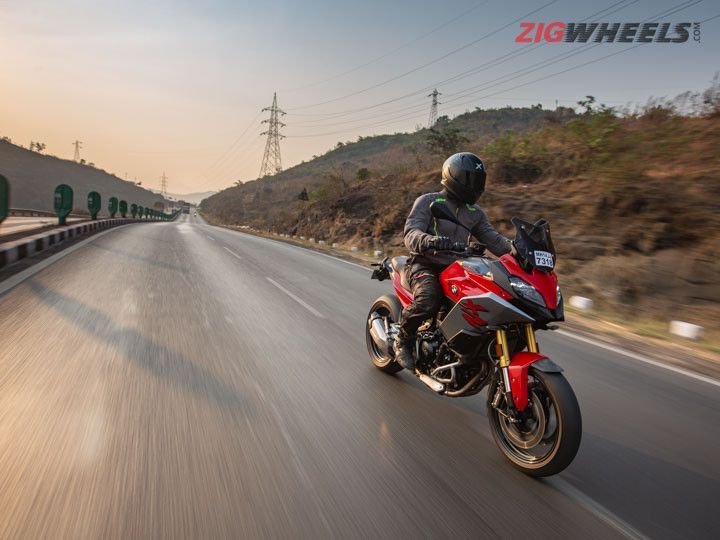 The 900cc-motorcycle segment is usually populated with street nakeds, supersports, and ADVs. But BMW decided to play it a bit differently, using its mid-displacement parallel-twin platform to spawn two new motorcycles -- the F 900 R, which is a street naked, and the F 900 XR, a bike that combines the performance of a sportbike with the cruising capabilities and comfort of a tourer. Sounds confusing, doesn’t it?

Is the BMW F 900 XR really capable of competing in the competitive mid-displacement segment against out-and-out tourers? And does this format of motorcycle even make sense here in India?

I loved the F 900 XR because it is easy to get used to, especially for someone who owns a KTM 390 Duke. It feels familiar, friendly even. Despite weighing in at 219kg kerb, it feels relatively light, slender, and compact. And that’s mainly down to the size of the engine. A parallel-twin engine, like the F 900 XR’s, is a lot narrower than something like the similar capacity inline-triple from the Triumph Tiger 900 GT. Sure, it might not be as narrow as a V-twin, but overall, it’s a lot more compact. This has given BMW the freedom to utilize the extra space and design a tightly packed motorcycle around it. And the result is a less intimidating and nimble machine that’s a hoot to ride.

All right, it doesn’t tip into corners like a KTM, but it changes direction pretty quickly, considering its heft. The bike feels agile and sturdy enough to hold the line on long, sweeping bends. Credit goes to the bike’s suspension setup, mainly the front fork, which works brilliantly despite lacking adjustability.

The rear monoshock features BMW’s Dynamic ESA (electronic suspension adjustment), which can be controlled via the control cubes on the handlebar. Switch from Ride to Dynamic, and the system automatically detects the front wheel’s vertical movement along with the distance, speed, and several other parameters via sensors and automatically adjusts the damping on the rear shock. Yes, that’s the kind of precision engineering Germans are known for.

The Michelin Road 5 GT tyres that come along with the XR offer a good amount of grip, inspiring confidence and egging you to push harder into turns. The extra grip helps with the bike’s braking distances as well. Drop the anchor from 100kmph, and the bike comes to a dead stop in just 43.94 metres. The braking distance is even more impressive from 60-0kmph. That said, the brakes themselves aren’t the sharpest we’ve tested. While they have a decent initial bite, they tend to lose sharpness as you gradually squeeze on the lever.

Powerful, Yet Easy To Use

Moving on to its 895cc parallel-twin engine, which is undoubtedly one of the bike’s highlights. And that’s not just because it’s quick but because it’s so easy to use. The engine is essentially a bored-out version of the 853cc motor seen on the BMW F 850 GS. The larger bore extracts better performance with a 277/450 firing order, giving it the characteristics of a V-twin.

It has plenty of power throughout the rev range, but it is delivered linearly, making it extremely flexible and usable. More importantly, it isn’t intimidating and won’t knock you off your seat even if you keep the throttle pinned and shift right before the rev limiter.

The sheer tractability of the engine is impressive. You could, in fact, potter around in city traffic at revs as low as 3000rpm in higher gears, and the bike won’t throw a fit.

Get on to lengthy highway stretches, and the F 900 XR is just as happy. It can easily cruise at triple-digit speeds all day long with little to no vibes, thanks to the twin balancer shafts. Just switch on cruise control, set the desired speed, and sit back. I also loved how delicately the engine snaps off cruise control with the slightest tap on the clutch or brakes. The Tiger 900, in comparison, felt a bit abrupt and twitchy.

You’d be surprised to see how frugal this small parallel-twin engine really is. And this helps when you’re paying close to Rs 100-a-litre for petrol here in India. Out on the highway, the XR delivers around 28km to a litre. That’s mind-boggling for a 900cc bike! It burns fuel quite sparingly in city traffic as well, delivering around 19kmpl. Add to this a fuel tank capacity of 15.5 litres, and you can expect a range of nearly 400km, at least on the highway.

The entire package feels like it’s designed for a rider of my size (5’ 10”). Sure, the standard seat is set at 825mm, which is a bit on the taller side. But you could always opt for a lower seat that drops the height down to an accessible 795mm (or even 775mm if you pick the suspension lowering kit).

The rearward, upright riding posture on the XR feels natural and comfortable. What does take some time getting used to is how you sit on the bike, rather than in it, making it feel more like a streetbike than a tourer. But it’s just a matter of time before you get the hang of it.

The short, manually adjustable windscreen worked surprisingly well out on the highway. You do feel a bit of windblast once you go over 120kmph, but it isn’t taxing at any point. Besides, if you want, you could shell out a bit more and get the optional taller windscreen. Also worth mentioning is how easy it is to adjust the windscreen using the lever. Just pull down on the handle, and the screen pops right up.

The bench seat, though, isn’t the most comfortable. The cushioning is a little too firm for my liking and tends to get a bit uncomfortable over long distances.

The BMW F 900 XR Pro comes packed with features, including all LED lights, a full-colour TFT display with connectivity features, Dynamic ESA, a bi-directional quickshifter, and cruise control. I must admit, the screen is one of the slickest displays on the market. It’s bright, clear, and legible, no matter the lighting conditions.

You can toggle between information using BMW’s multifunction wheel on the handlebar. It does take some time to get used to, but it’s one of the easiest setups once you hit your stride. Had the fuel gauge and trip metres been fixed on the home screen, it would’ve made life easier. Instead, now you have to go through the menu every time.

The cruise control system also took some time to figure out. It basically requires you to nudge the switch to the right to activate it, after which, one can set the desired speed limit with the ‘plus’ and ‘minus’ buttons.

I quite liked the way the bike looks. It’s sleek, sharp, and handsome in this shade of red. Enough to attract the right kind of attention. The build quality and fit and finish levels are exceptional and definitely BMW -- premium and built to last.

The LED headlight has good throw and spread, but you will miss a pair of auxiliary lights, especially if you’re travelling over highways in the dark.

I quite enjoyed my time with the F 900 XR. The more I rode it, the more I fell in love. Sure, it isn’t the liveliest 900cc bike out there. But, it’s friendly and a lot of fun, especially if you love performance but don't want to compromise on comfort either. The XR will get you to your destination happily and with reserves of energy bottled to party or relax until the end of dawn. It’s well-equipped, looks the part, and is built to last.

It’s all sunshine and butterflies till you get to the price. At Rs 16.55 lakh (on-road), the BMW F 900 XR is more expensive than the Triumph Tiger 900 GT, which offers better features and hardware similar to the (much) more expensive Ducati Multistrada 950. So we’d say get the Tiger 900 if you want to tour comfortably and the Multi 950 if you prefer the performance of a sportbike and the comfort of an adventure tourer.

BMW F 900 XR is a sports tourer that slots in between the Multi and the Tiger. It’s powerful yet easy to use, feature-packed, and more importantly, a lot of fun to ride if you’re sticking to the road.