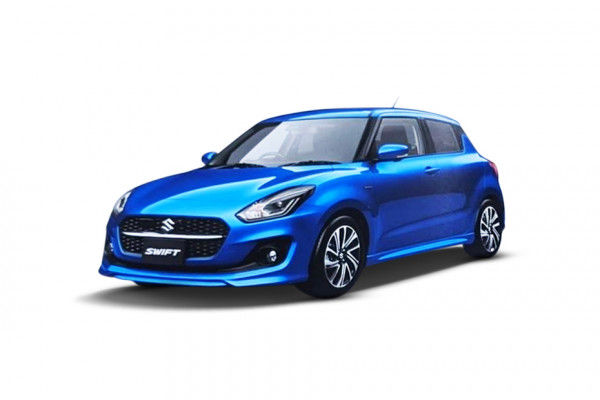 Shortly after the Swift facelift was leaked via brochures, Maruti Suzuki has launched the updated hatchback in Japan. It sports subtle tweaks like more aggressive bumpers, a new honeycomb mesh grille, new 16-inch alloys as well as a chrome or red strip on the grille. The cabin remains relativiely similar aside from new seat fabrics and upholstery options. Higher-spec variants get paddle shifts and a 360 degree camera.

It is powered by a 1.2-litre Dualjet petrol mill that produces 91PS and 118Nm with mild hybrid and hybrid options as well. The engine is paired with either a 5-speed manual, CVT and AMT geaboxes, with front wheel drive and all-wheel drivetrain options. Expect the India spec Swift facelift to get the same 1.2-litre petrol mill from the recently launched Dzire facelift.

Expect similar upgrades in the Swift facelift for India, with a launch likely at the end of this year. Prices are likely to come at a premium over the current car which retails from Rs 5.19 lakh to Rs 8.02 lakh (ex-showroom India). It will take on the  Hyundai Grand i10 Nios and Ford Figo post its India launch.

Maruti Swift 2020 is going to launch in India with an estimated price of Rs. 5.2 Lakh