Ask your question from 200 Duke owners and experts
Your Question should contain at least 5 characters Submit Cancel
Available EMI Options
Rs. 5,230 per month @ 9.45% Apply for Loan

With its third price hike since December 2020, the 200 Duke now retails at Rs 1,83,328 (ex-showroom Delhi). Thankfully, this time, the hike has been nominal. To read more details, head to this story.

Power comes from a 199cc liquid-cooled and fuel-injected DOHC, 4-valve motor. The BS6-compliant motor sees no drop in performance and continues to deliver the same 25PS at 10,000rpm and 19.2Nm at 8000rpm. It gets a six-speed gearbox. Given that the 200 Duke BS6 weighs 9kg more than its BS4 predecessor, expect a slight dip in overall performance. The 200 Duke BS6 continues to be the most powerful 200cc motorcycle you can buy in India. The KTM 200 Duke gets a new split trellis frame. This frame seen on the larger 250 Duke and 390 Duke offers better serviceability and is more affordable to replace in case you damage it in a crash. With the new BS6-compliant exhaust, ground clearance has dropped 20mm and is 155mm now. It gets premium WP suspension in the form of 43mm upside-down forks and preload-adjustable monoshock. Braking is via ByBre 300mm front disc with radially mounted callipers and a 230mm rear disc. The tyres continue to be the same 110/70-17 front and 150/60-17 MRF REVZ units.

The KTM 200 Duke BS6 is available in just one variant.

The KTM 200 Duke now looks sharper and identical to the 250 Duke. To tell them apart, KTM has given both motorcycles different liveries. Also, the 250 Duke has a side-slung exhaust while the 200 Duke continues to use an underbelly exhaust setup. The new KTM bike has the ‘Duke’ name across the fuel tank with the 200 logo in smaller font below it. It is available in two new colours: Electronic Orange and Ceramic White.

The 200 Duke continues to use a halogen headlamp but now gets LED DRLs. It also has an LED tail lamp and LED turn indicators. The fully digital instrument console has been carried over and includes the speedometer, tachometer, fuel gauge, real-time mileage, average fuel consumption, and average speed. While the BS4 200 Duke had single-channel ABS, KTM has equipped the 200 Duke BS6 with dual-channel ABS.

The KTM 200 Duke competes with the Bajaj Pulsar NS200 and TVS Apache RTR 200. The new Honda Hornet 2.0 is just a rung lower and cannot be considered as its direct rival. While not direct rivals, the Yamaha MT-15, Yamaha FZ 25 and Suzuki Gixxer 250 serve as viable competitors as well.

The KTM 200 Duke was a game changer for the performance motorcycle segment in India. When it was first introduced in 2012, there were hardly any motorcycles present in its space to give it a good run for its money and those which were there, weren’t exactly affordable (Kawasaki Ninja 300). While it did spark the orange revolution in India, there have been hardly any changes on the bike in the past eight years. And the design has begun to show its age. To top things off, with the arrival of the 125 Duke, the 200 Duke lost its best-selling KTM tag.

However, for 2020 there has been a major overhaul in both the design and mechanical departments, which really seems to prove how important the 200 Duke is to KTM’s product portfolio in India. The questions remain - why is the price premium for the BS6 model of the 200 Duke more than other BS6 KTMs? Is it friendlier? Has the manic mentality been subdued? And most importantly, have the changes made the bike considerably better? 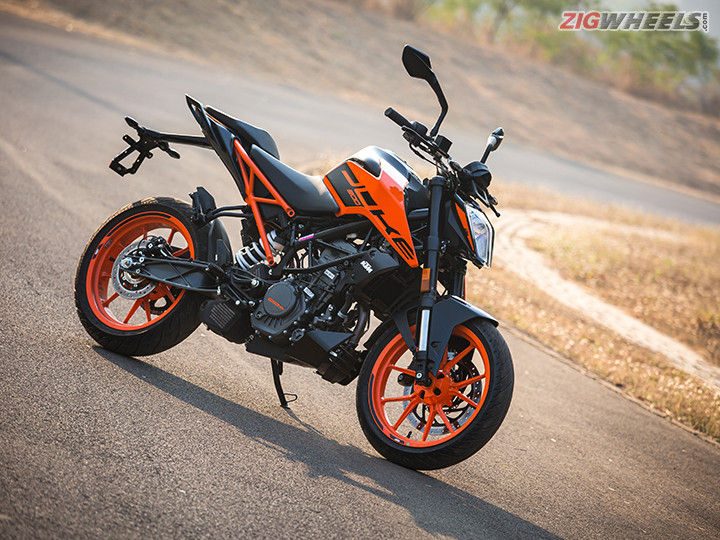 Why the extra price premium?
Every motorcycle that KTM sells in India has been updated to meet the BS6 emission norms. Well, everything aside from the 790 Duke which will receive its BS6 homologation later this year. As a result, prices for the KTMs have gone up by Rs 5,000 to Rs 6,000. KTM had to throw in something extra on each motorcycle to justify the extra moolah. The 390 Duke BS6 now gets the Quickshifter+ system from the 390 Adventure (head here to find out how it works). The 250 Duke BS6 gets a larger 320mm front disc and Supermoto ABS mode. The RC range gets updated liveries.

The 200 Duke BS6 got a new frame, new bodywork and dual-channel ABS. That meant a higher price bump for the bike as it now retails at Rs 1.72 lakh (ex-showroom Delhi), roughly Rs 10,000 more than before. KTM has tried to bring about the same level of comfort and ease of rideability from the new 200 Duke as the 250 or the 390 Duke. Has the manic nature of the engine been subdued?
Heck no! KTM has retained the same free-revving 199cc single-cylinder that introduced us to the mantra of ‘Ready To Race.’ Despite being BS6-compliant, the engine produces the same 25PS and 19.2Nm of torque as before. The motor still feels as peppy as it did in 2012, keeping that wide grin plastered inside your helmet all day long.

Engine vibrations are present beyond 6000rpm. The high strung motor makes its vibrations known at the pegs and fuel tank. But the new plush seat does dampen these vibes to a certain extent, so you don’t feel them much on your bottom. 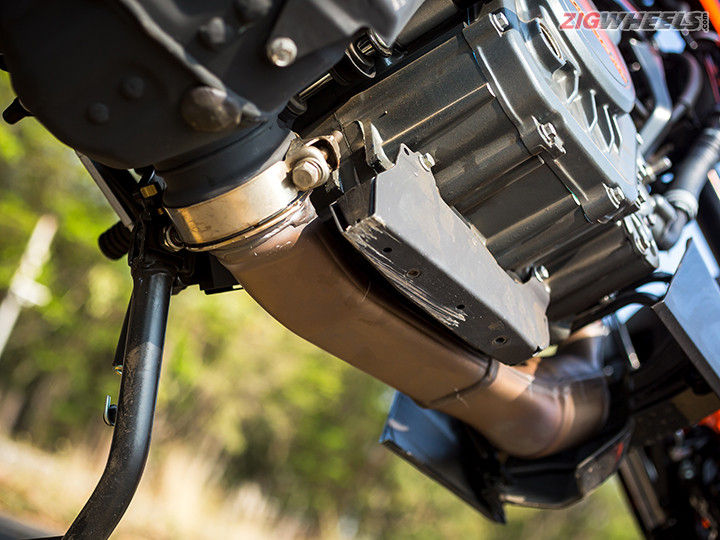 The exhaust layout has been altered as the pipe now runs from beneath the motor and not around the cylinder head. Even though the 200 Duke continues to run an underbelly end-can, ground clearance has taken a major hit. With just 155mm of clearance (20mm lower than before), you are running a greater risk of scraping the exhaust now. Even though KTM has provided a small protective bash plate, it doesn’t cover the exhaust components. So if you were to go over tall bumps at an odd angle, there’s a chance that you might end up scraping the exhaust pipe. 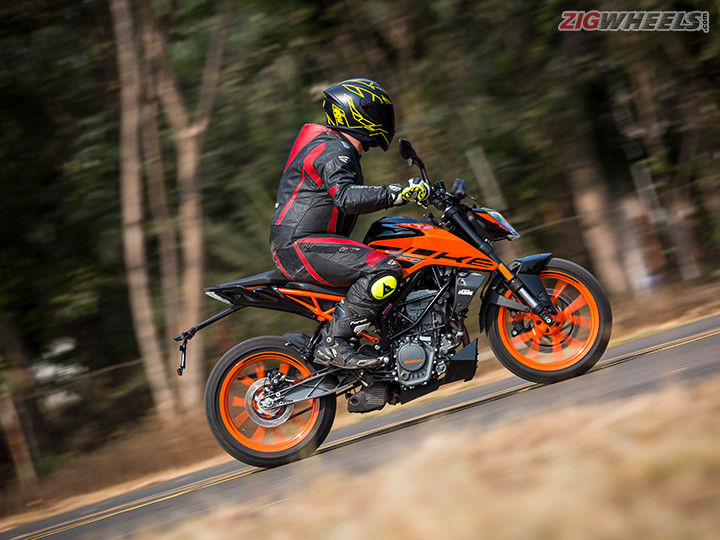 How is it friendlier?
The biggest change on the 200 Duke BS6 arrives in the form of the bolted-on subframe setup that it shares with the 250 Duke. As a result, the 200 Duke now inherits the same bodywork and ergonomics as its quarter-litre sibling. Seat height has gone up to 823mm, 5mm higher than before. While the increment in seat height is not too much, shorter riders will struggle to reach both of their feet on the ground in city stop-go traffic situations as the wider seat now tends to push your legs further out. But that is hardly a concern once you get moving.

Because once you are on the move, the 200 Duke’s sublime handling characteristics will keep you hooked. The rider’s seat is now larger and roomier, with more than enough space on offer to move around in the saddle. Shifting your weight from one side to the other is an easier affair, especially for larger riders like yours truly. And the extra space on offer was extremely beneficial down the long back straight of the Bajaj test track as the extra room on offer made it a little easier for me to get into a full tuck.

The new 200 Duke is almost 9kg heavier than before and that is without any fuel or liquids on board. And the increase in kerb weight is even more as the fuel tank is now larger. How has that affected handling? 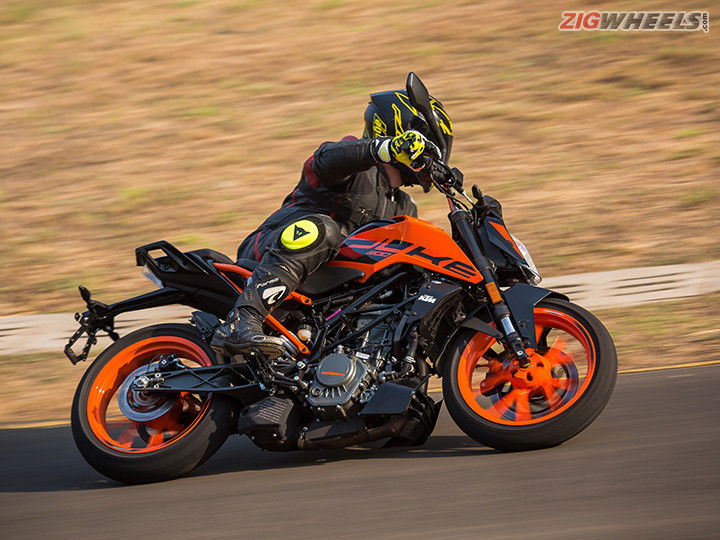 The 200 Duke continues to be a razor sharp weapon. Point it and shoot. Yes, the 9kg extra weight you are carrying is felt especially while switching directions. Thankfully, the wider bars on the new bike offer additional leverage to make swift directional changes.

The braking hardware remains the same as before but KTM has upped the ante when it comes to safety on the 200 Duke by offering it with dual-channel ABS. How does it perform? We will get back to you on that once we get the bike for a proper road test. 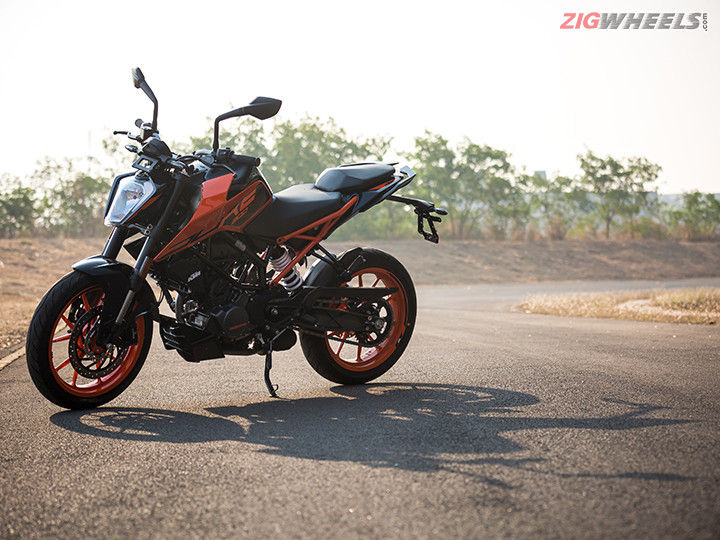 It looks fresh
For 2020, the 200 Duke finally looks like a direct descendent of the current-gen 1290 Super Duke R. Much like the 250 Duke, the 200 also misses out on the fancy LED headlight or the TFT console. The halogen headlight is surrounded by an LED DRL. The console does feel a tad bit old. But overall, the 200 Duke does look age appropriate. The old design has run its course as you will now only find the India-spec 125 Duke with that styling. The 200 Duke BS6 will now arrive in two colours -- orange and white -- the former being our pick of the two. 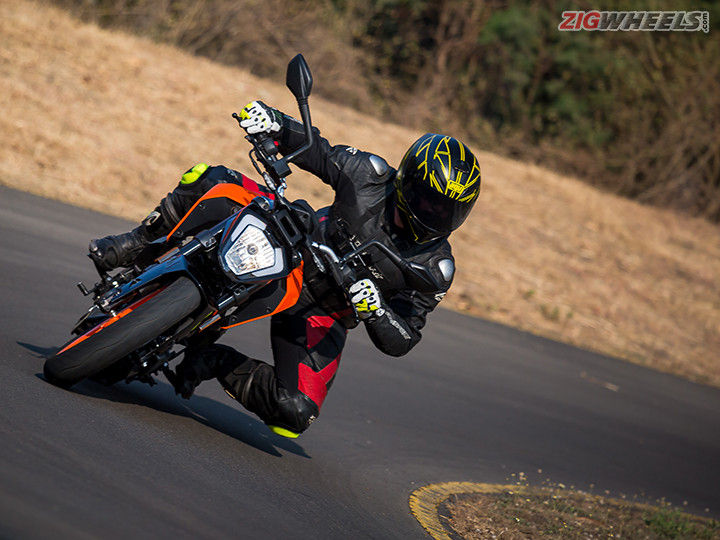 Have the updates made the 200 Duke considerably better?
A big yes. For the extra Rs 10,496, you now get a better commuter as well as an able tourer. It still is as rev happy as it was in 2012 with no compromises on the performance front. Issues like low ground clearance and the extra weight on board might just mean that you have to be a bit more careful tackling obstacles that are usually found on our road. It might no longer offer great value for money as it retails at Rs 1.72 lakh, making it more expensive than bikes like the Suzuki Gixxer 250 that offer as much, if not more, power as the 200 Duke. The KTM naked has been losing its value for money quotient for a while. But that hasn’t stopped Indians from loving the bike. And with this new look, we are certain that there will be more takers for the 20 Duke now. So, are you ‘Ready To Race’ once again? We surely are KTM 200 Duke BS6 Price.

A refreshed look. New frame. Same old engine. Has KTM bettered the recipe for the 200 Duke?

What are the colours available in KTM Duke 200?