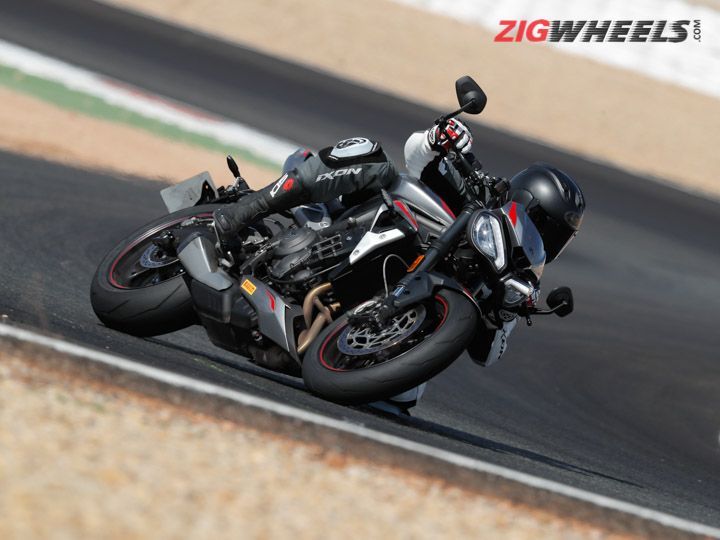 After postponing the launch of the bike due to the COVID-19 outbreak, Triumph has finally announced the prices of the 2020 Street Triple RS. The top-of-the-line naked from Triumph now comes bearing a sticker price of 11.13 lakh (ex-showroom India), which is the same price as the previous BS4 model. There was no change in price for the bike in foreign markets but for India we believed there would be a small premium to pay for the extra goodies that are now on offer. Nevertheless, prospective buyers need not worry about that as they are getting a slightly more feature-loaded Triple RS without having to shell out more moolah.

Triumph has managed to keep the best bits of the previous Street Triple RS intact, like the phenomenal chassis and top-spec hardware, and built on the areas where it could be a more well-rounded package. Like, the engine. The 765cc triple was already a phenomenal motor, providing maximum delight at the crack of the whip. However, Triumph has now fiddled around with the internals and remapped the engine for better mid-range performance, 9 per cent more as Triumph claims it to be. It also now gets a bi-directional quickshifter as standard.

There is a small change in the bug-eyes, now getting a bar-like LED DRL on each one of them. Certain body panels are rounder and the colour-TFT screen gets revised layouts and Bluetooth connectivity for smartphones as well as your GoPro.

With the arrival of the new Street Triple RS, the only genre that Triumph India currently doesn’t have a BS6-compliant bike is the adventure one. We will not have to wait around for long though, as the British bikemaker will be launching the brand new Tiger 900 in the second-half of May.

Also, Triumph is planning to launch the Street Triple R, which globally is the mid-spec model. For India though, it will be replacing the Street Triple S. The 2020 S model now gets a 660cc triple engine and hence it makes sense for Triumph to only offer a single power unit for the range.