It’s the most affordable Street Triple model in India 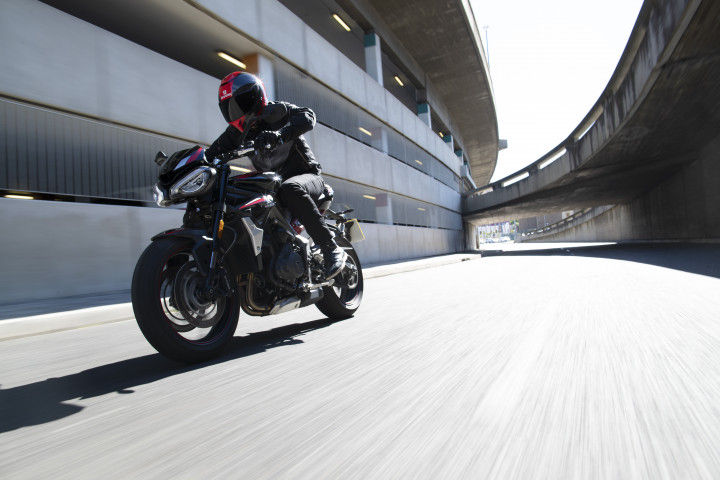 It’s been a long time coming but the Triumph Street Triple R is here! The streetfighter is priced at Rs 8,84,000 (ex-showroom, pan India) -- Rs 2.49 lakh cheaper than the RS, making it the most affordable motorcycle under the Street Triple range. Not to mention, this will be the first instance of the British brand offering the mid-spec variant in India. It sits smack in between the A2 licence-friendly ‘S’ and the flagship ‘RS’ in Triumph’s international lineup. Select Triumph dealerships across India have already begun accepting unofficial bookings for the streetfighter.

Styling-wise, the Street Triple R looks almost identical to the RS. It even gets the new LED headlamps. The only way to differentiate the two models is the paint scheme and the console. The Street Triple R features a sinister black livery and still uses the earlier generation’s semi-digital instrument console as opposed to the full colour TFT display on the R.

The meat of the matter lies in the powertrain. While it's a slightly detuned version, the Street Triple R's 765cc motor still manages to make 118PS -- just 5PS less than the Triple RS. Its torque output, on the other hand, remains unchanged at 79Nm. This more or less brings it on par with the BS4 KTM 790 Duke which belts out 105PS and 87Nm. To keep the engine on a leash, Triumph has also thrown in three riding modes (Road, Rain & Sport), a bi-directional quickshifter, assist & slipper clutch, and a traction control system.

The Street Triple R is also a bit different from the RS in terms of its braking setup. Rather than the M50, the Street Triple R employs M4.32 Brembo calipers mated to twin 310mm discs up front. The rear gets a 220mm disc clamped by a single-pot Brembo caliper. As for the suspension, it uses a 41mm Showa separate function big piston forks and a Showa gas-charged monoshock, both offering compression, rebound and preload adjustability.

The entire package weighs in at 168kg dry, which is 2kg heavier than the RS variant. It gets a seat height of 825mm, which is rather tall, but we hope Triumph offers the low-seat accessory, which effectively reduces the height to a more accessible 780mm, as well.