How have the BS6 changes impacted the fun and practicality quotients of the funky NTorq? 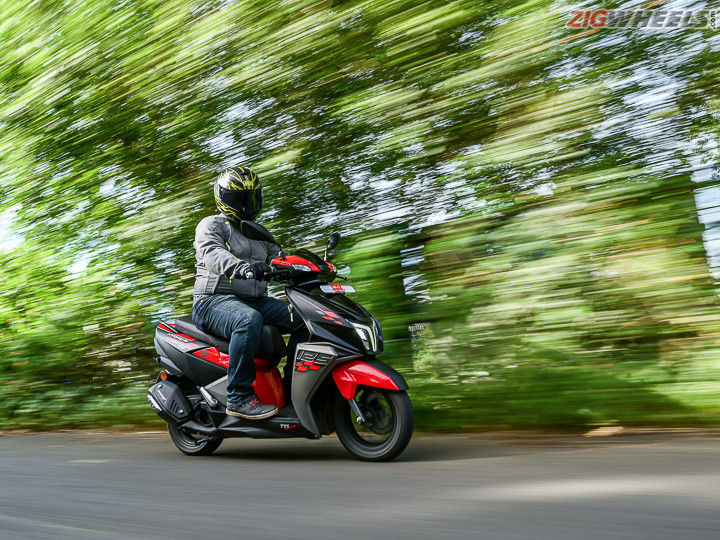 Here at ZigWheels, we hold the TVS NTorq 125 in high regard. It can sweet talk its way into your heart with a conviction that was considered near impossible for a scooter -- that too without forgoing scooter sensibilities. Right at the cusp of the BS6 emission norms kicking in, TVS brought in a ‘Race Edition’ that came with an exciting new livery, a LED headlight and few other bits. Was this the last chance to get the NTorq experience before BS6 standards choked it? Now that we have the NTorq 125 Race Edition BS6 for a complete test we uncover how the BS6 updates have affected the scooter’s performance. Will that change the TVS’ position in the 125cc scooters pecking order? And do you really need to spend around Rs 2,500 extra to get the Race Edition?

Same Engine Output But…
… it’s become slower. We'd hoped that the Ntorq, somehow, wouldn’t really be that affected when it comes to acceleration. While it wasn’t unexpected, the extent of the impact is a bit disheartening nonetheless.

The 124.8cc single-cylinder 3-valve mill still produces the same 9.38PS and 10.5Nm as before. Max torque is still generated at 5,500rpm but peak power now kicks in at 7,000rpm, 500rpm earlier. Plus, it is now fuel-injected -- and it isn’t the Eco-thrust Fi system like the Jupiter and other TVS scooters but rather the Race Tuned Fi like the Apaches.

The throttle response, while crisp, doesn’t feel as peppy as the BS4 scooter. There is an initial hesitation of sorts when you go on the throttle. Post 20kmph, it does come into its element and manages to reach 75kmph quite easily. The older scooter always urged you to ride spiritedly but that’s quite not the case with the new one. You can ride it at a sedate pace and in case you want to give it the beans, it will not shy away from showing off its racy edge.

Then why is it losing out so badly, being almost 1.6 seconds slower to 60kmph than its predecessor? Part of the answer is simple: weight. The new scooter is 1.9kg heavier, now tipping the scales at 118kg wet. That is compounded by our tester having put on a couple of extra kilos during the lockdown period. But that still isn’t enough to justify the deficit. To make matters worse, the NTorq 125 is now fractionally slower than the peppy Suzuki Access 125 and the typically numb Honda Activa 125. If at this point, you have begun to feel like going green has robbed the NTorq of most of its redeeming qualities don’t worry, it will start to make sense when you read the next section.

As Frugal As An Access & Activa
The switch from carb to fuel injection was bound to improve the fuelling, and with that the fuel efficiency. But never did we envisage such a major improvement.

The NTorq 125 now delivers 4.5kmpl more in the city and almost 3kmpl more on the highway than the BS4 scooter. Now you can stretch a tankful by 60-65km extra in either scenario, but that is also because the fuel tank capacity has also gone up by 0.8 litres. Hence, even though the NTorq might deliver 1kmpl less than the Access in the city, it has the capability to go around 40km further.

Another major improvement that we have found on the BS6 NTorq is just how smooth the engine has become. TVS has done a commendable job to make the motor as refined as its Japanese rivals. But where the Access and the Activa can feel numb and borderline boring, there is still a bit of gruffness on the NTorq at higher speeds, like 75-80kmph. It makes you feel engaged and excited zipping about on your commutes.

Same Sporty Hardware
Balanced. That’s how you would describe the ride of the NTorq. The telescopic fork and monoshock have been set up to soak up bumps, potholes and speed humps without getting flustered. There isn’t much to differentiate the BS6 scooter than its predecessor in this regard and you can check out how it rides in our road test review of the older scooter.

Braking hardware remains unchanged from the older scooter. The Race Edition runs on a 220mm front disc and a 130mm rear drum brake setup. If you opt for the lowest spec model, you get a 130mm drum brake unit on the front wheel as well but we advise you to spend that bit more and get the better braking option.

Considering that the BS6 NTorq is hauling more weight, the 1.3m extra it took to come to a standstill from 60kmph is not great but acceptable. There is decent brake bite with enough progression in the system to let you go hard on the brakes without locking up the front. Combi-braking -- or as TVS puts it, Synchronised Braking Technology (SBT) -- works well.

The Race Edition Bits
TVS hasn’t changed a single body panel from the regular NTorq to the Race Edition, and we aren’t complaining. The scooter always looked so sharp and poised for attack, like a fighter jet, and the combination of black and red plays well with its targeted audience. The 3D logo and the chequered flag graphics bringing out the raciness of the scooter quite well. Also new here is the different seat cover that has a bit of faux carbon fibre look to it. All of this makes the NTorq seem like it is 10kmph faster already. After all, at sixteen, (or forty - Ed, Kartikeya) looking fast is as important as going fast.

Smartphone connectivity isn’t new to the Race Edition: the NTorq 125 was the first in the country to get the feature. The Nokia N-Gage-inspired full digital console is perhaps the coolest dash that one can find on a scooter in India, with multiple tripmeters, a top speed recorder, a 0-60kmph recorder and even a lap timer. With the TVS SmartXonnect bluetooth module, you can receive call and SMS alerts as well as turn-by-turn navigation on the fly.

The headlight is a full LED unit, quite like the one found on the KTM 390 Duke. But here, the elements are stacked only two levels, not three. The ‘T’ design element from the tail-light has been copy-pasted in the headlamp too. It doesn’t really act as a DRL; that’s handled by the low beam, instead lighting up only at night. Another gripe with the headlight is that it doesn’t have a great spread, lighting up just a small section of the road. The intensity from the low beam is strong but you would want to have a little more view of the surroundings. Plus, the high beam too doesn’t light up the road as far ahead as you would have liked.

The Race Edition also gets a hazard toggle switch, but it is more of a novelty feature and would rarely come in handy. The underseat LED light and USB charger are useful features but you get them on the regular disc trim as well.

Worth the extra premium?
When launched in February 2020, the NTorq 125 BS6 was, on an average, Rs 7,500 dearer than the BS4 model. Since then the prices of the scooter have been revised a couple of times, the most recent one taking place as we were testing out the scooter, and now the price difference between the variants are as follows:


On an average, the NTorq has become roughly Rs 10,000 dearer across the variants. Considering that the only bit of change that you get on the scooter is fuel-injection, a slightly larger fuel tank and a gain of two kilos don’t justify the extra asking price that much. But it isn’t just TVS with the NTorq who’s failing to offer as many redeeming features -- the entire industry is bearing the brunt of going green as the materials used in the cat-con are not cheap.

If you want to get a fun scooter that is equally good at commuting, there is nothing better in the market than the TVS NTorq 125. Sure, the Aprilia SR 160 might offer a more dynamic experience but it comes at the expense of harsh ride quality that will lead to early onset osteoporosis. The NTorq 125 BS6 is cheaper than the Honda Activa 125 and costs near about the same as the Suzuki Access 125. With the extra frugal benefits of the new BS6 motor, younger buyers should not find it hard to convince their parents to get them one.

So, which variant should you go for? The price difference between the disc and the Race Edition is Rs 2,490. The premium isn’t too high but you aren’t getting that much more on the scooter either. The primary cost remains the LED headlight and if you think practically, you could live without it, the hazard toggle switch and the funky graphics. But if you want to feel cool and fast, like you do when you are sixteen (or sixty!), then it is a no brainer, isn’t it? 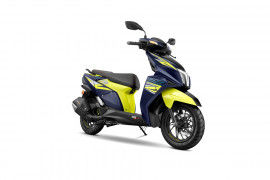