How has the popular scooter stood the test of time in its latest iteration? 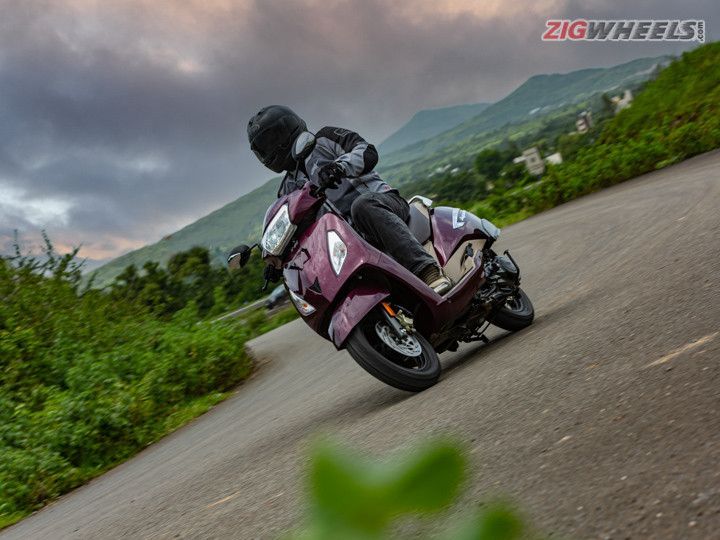 Simplicity (noun): the quality or condition of being plain or uncomplicated in form or design. But in an era where scooters are constantly hustling to blur the boundaries between them and motorcycles, should you still opt for something as unpretentious as the TVS Jupiter? Afterall, at Rs 75,773, the TVS Jupiter ZX Disc isn’t exactly cheap, especially with the likes of the Yamaha Fascino 125 Hybrid in the picture.

Lets The Engine Do The Talking

Like most of the scooters out there, the TVS Jupiter too faced the brunt of the stringent emission norms. Now, the 109.7cc motor churns 7.47PS and 8.4Nm, which is 0.53PS less than the BS4 model. That said, the torque remains unchanged. The Hosur-based manufacturer has developed two fuel injection systems: RT-Fi and ET-Fi. While the former is performance-oriented and seen on the TVS NTorq 125, the latter is tuned for the economy-oriented products and boy does it work wonders!

The fueling of the TVS Jupiter is spot-on. Not only is the on/off throttle transition smooth, but even sudden bursts of accelerations do not catch it off guard. In fact, compared to the BS4 model, the BS6 Jupiter is more fuel efficient by a fair margin.

However, being more fuel-efficient comes at the cost of performance. It is not outright quick, but then again, it isn’t meant to be. What it is meant to be is being a good companion to take your parents for a quick spin or a grocery sprint or even getting you through harrowing rush hour traffic to get you to your office in time--and it does all of those things gracefully.

The One You Would Introduce Your Family To

If there’s a scooter that will please your entire family, the TVS Jupiter is likely to be it. The scooter’s saddle is roomy for two, and the seat height is accessible to riders of all sizes. And if you thought that this would create a problem for taller riders, you are mistaken. The TVS Jupiter gets decent floorboard space and coupled with the tall and wide handlebar, taller riders won’t have to worry about their knees coming in the way while taking sharp turns.

Not that one would go all Jagan Kumar on this TVS, but the Jupiter will swoon you with its fairly predictable handling. Thanks to the 12-inch wheels, making your way through traffic, or a sudden maneuver to avoid a pothole won’t be scary, for the scooter handles its line very well. Does that mean the scooter is stiffly sprung? Not at all. The TVS Jupiter’s telescopic fork and monoshock are tuned on the softer side, and take care of most of the undulations and even sharp bumps on the road.

Braking performance of the TVS Jupiter ZX is fairly decent. The disc brake offers decent feel and progression, and like one would expect from a “family-oriented” scooter like this, the brake bite isn’t ferocious. However, compared to the BS4 iteration, the braking performance is slightly affected, likely due to the additional 1kg heft that the scooter carries in the BS6 guise.

There are no aggressive cuts and slashes or LED DRLs that demand a second look. In fact, TVS has continued with its eight-year-old design for the scooter--yet it looks as appealing as it did back in 2013. Part of its charm is the wise choice of colours, and particularly the Royal Wine colour that we tested. The beige apron and floorboard and the dual-tone seat perfectly complement the paint job, and of course, a dash of chrome on the mirrors and the 3D logo add to the premiumness.

But has TVS compromised on convenience or features in the pursuit of simplicity? Heck no. The Jupiter comes with an external fuel-filler cap, USB charger, the idle-start-stop system (IntelliGo in TVS lingo) and even a multifunction key slot -- something that even the TVS Ntorq 125 lacks.

So Many Variants To Choose From

With five variants on offer, the TVS Jupiter caters to a wider budget-conscious audience. The scooter doesn’t have a fancy instrument console nor does it have a side-stand indicator. It doesn’t promise mind-boggling performance or handling. What it promises is a plush, smooth ride and features that will make your mundane commutes a tad enjoyable. And if you are on the lookout for a scooter that you and your family could happily live with, the TVS Jupiter doesn’t fall short on any account.