The specifications of the sporty scooter have been revealed 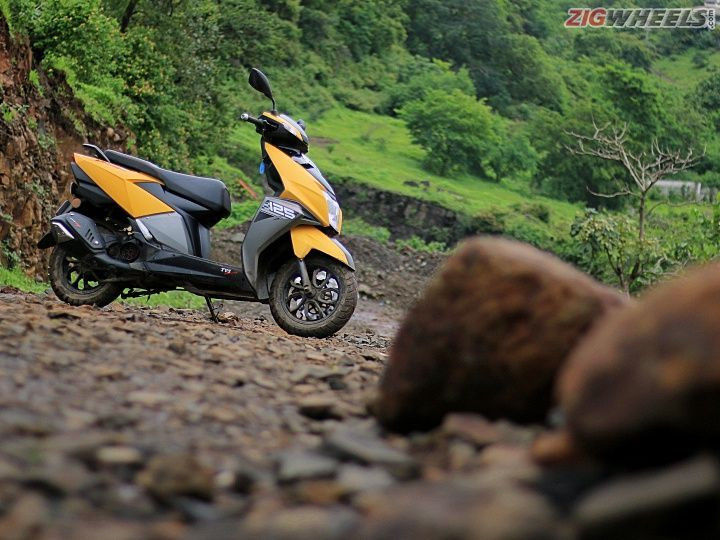 Earlier, we had exclusively reported the TVS NTorq 125 BS6 range’s pricing and now, the specifications of the sporty scooter have been revealed. Fortunately, the fuel-injected 124.8cc single-cylinder BS6 motor makes the same power and torque as the BS4 TVS NTorq 125 -- 9.38PS and 10.5Nm. While the peak torque arrives at the same 5500rpm as before, the peak power comes in 500rpm earlier (at 7000rpm).

The addition of fuel injection, emission-controlling equipment, and the larger 5.8-litre fuel tank (up by 0.8 litres) have resulted in a 1.9kg increase in weight. The scooter now tips the scales at 118kg, kerb. Apart from these, the rest of the scooter remains the same as the BS4 version. It comes with the same 1285mm wheelbase and 155mm ground clearance. The feature list also sees no change. It gets a multifunction LCD instrument cluster with smartphone connectivity. The standard model gets a halogen headlamp whereas the Race Edition comes with an LED headlight. The latter also features an exclusive livery and a hazard lamp function. Other notable features in both the scooters include a 22-litre underseat storage with USB charging port, LED light, LED tail lamp, engine-kill switch, and pass-beam function.

Underpinnings have also remained unchanged. This includes a telescopic front fork, gas-charged monoshock at the rear, 220mm petal disc/130mm drum up front and 130mm drum at the rear, with combined braking system.