April 2021 Brought All These Bikes To India

April hasn’t seen much activity in the small or sub-400cc bike segment. There were a couple of important motorcycles that were supposed to arrive this month, but they had to be postponed due to the spike in COVID-19 cases across the country. Nevertheless, there were these that came, starting with a fan favourite: 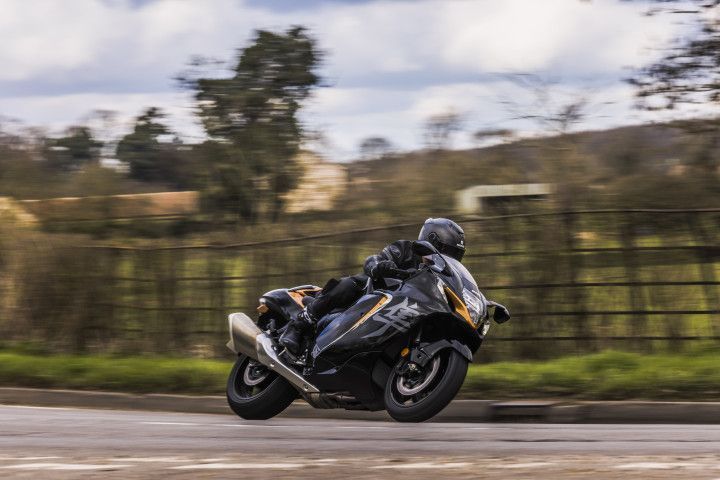 2021 Suzuki Hayabusa
Owing to its popularity among big bike enthusiasts in the country, the first 101 units of the latest edition of the Peregrine Falcon sold out within 24 hours. No prizes for guessing why! After all, Suzuki priced the 2021 Hayabusa quite competitively at Rs 16.40 lakh (ex-showroom India). While bookings have been put on hold now, we have the details on when the next lot of bikes will go on sale.

Triumph Trident 660
Moving on from an icon to the latest kid on the block. Triumph’s Trident 660 has been one of the most hotly anticipated motorcycles of the year. It replaces the Street Twin as the entry point into the Triumph family at an introductory price of Rs 6.95 lakh (ex-showroom India). That also makes it the most affordable triple-cylinder bike in the country.

Bajaj Pulsar NS125
Another 125cc Pulsar? What’s with that? That was our initial reaction to the launch of the Bajaj Pulsar NS125. Yes, Bajaj now has two Pulsars operating in the same 125cc segment. However, their orientation is completely different.

For the NS125, it is all about performance, just like it is with its elder siblings -- the Pulsar NS160 and Pulsar NS200. Bajaj realised that the Pulsar NS125 would fare well with college-goers, and given that the prices of the KTM 125 Duke and RC 125 have currently gone through the roof, the NS125 should do the trick.

Bajaj CT110X
Bajaj also went on to launch a more rugged and robust version of its CT110 commuter for rural and semi-urban India. Called the Bajaj CT110X, the commuter gets plastic crash protection, chunky pattern tyres, and a high-rise mudguard. While calling it an adventure motorcycle would be foolish, it could very well be a practical (not to mention a cost-effective and frugal) starting point for an off-roader.

Hero HF 100
Speaking of commuters, Hero MotoCorp too has launched its offering in April. The Hero HF 100 is a no-frills and extremely affordable way to run about town. It gets rid of all the ‘Deluxe’ bits (present on the HF Deluxe), ensuring an asking price of under Rs 50,000.

However, the same electric Chinese imports sold via Kabira Mobility are more affordable by a lakh and claim to offer slightly better performance and range.