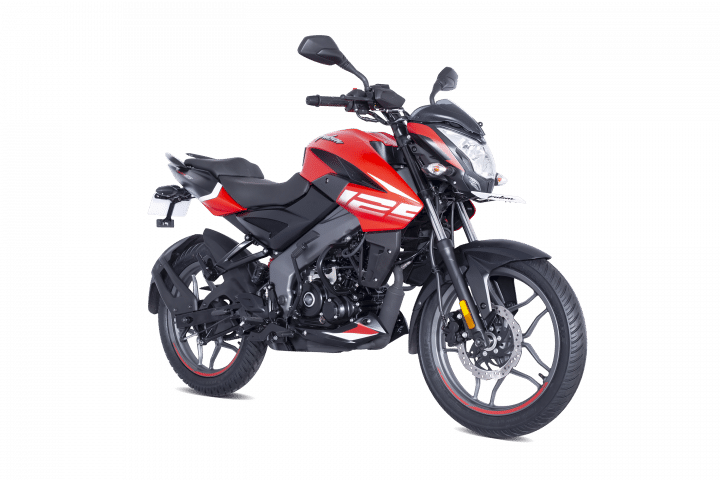 It is so typical of Bajaj to play Lego master builder with its engines and frames that it has now gone ahead and launched the Pulsar NS125. It goes on sale at quite a steep price of Rs 93,960 (ex-showroom India). While it is one of the dearest 125s on sale in the country, Bajaj has launched the bike to make the NS family more accessible.

What’s The Price? Who Are Its Rivals? Is There Any Variant?
The asking price for the new Bajaj Pulsar NS125 is Rs 93,960 (ex-showroom Delhi), making it almost Rs 10,000 dearer than the top-spec standard Pulsar 125. The Pulsar NS125 caters to the more youthful and exuberant buyer. And with the new sticker price of the KTM 125 Duke exceeding the Rs 1.50 lakh mark, this baby Pulsar NS125 could very well be a hot seller.

What’s New?
Think of it as a scaled-down Pulsar NS160, because that’s what it is. Housed in the trusty perimeter frame is a brand-new 124.45cc single-cylinder air-cooled 2-valve SOHC engine. It is not the same powerplant that you find on the Pulsar 125. Instead, we think that it is a downsized version of the Pulsar NS160’s 160.3cc mill. The engine casing seems to match, and the underbelly exhaust is another indicator for the same.

The skinny telescopic fork might be borrowed from the standard Pulsar 125, with a mellower version of the NS160’s monoshock handling suspension duties at the rear. There are skinny 17-inch tyres on the Pulsar NS125. The tyre specifications and brakes (240mm front disc and 130mm rear drum) are the same as the regular Pulsar 125, but the wheel design is from the NS family.

What’s Unchanged?
The design language of the Pulsar NS series hasn’t changed much for the better part of the decade, and the same look continues on the NS125. It looks identical to the Pulsar NS160 and NS200, but the slim tyres and an even slimmer telescopic fork give it an almost odd feel. The proportions don’t feel right, its limbs looking a little ‘malnourished’ in the photos.

No modern features here, just like the other two NS motorcycles. The same old halogen headlamp and semi-digital console with limited info on offer are to be found here.

ZigSays
We have seen Bajaj experimenting a lot with the Pulsar series. The NS125 is one such outcome produced to make the NS family more affordable. Bajaj has seen the small-capacity formula work well for KTM with its 125 Duke, and this is a similar thought process in work. Let’s hope it enjoys the same success as the regular Pulsar 125. Otherwise, just like the Pulsar 135LS and a few others like it, this one too could bite the dust.