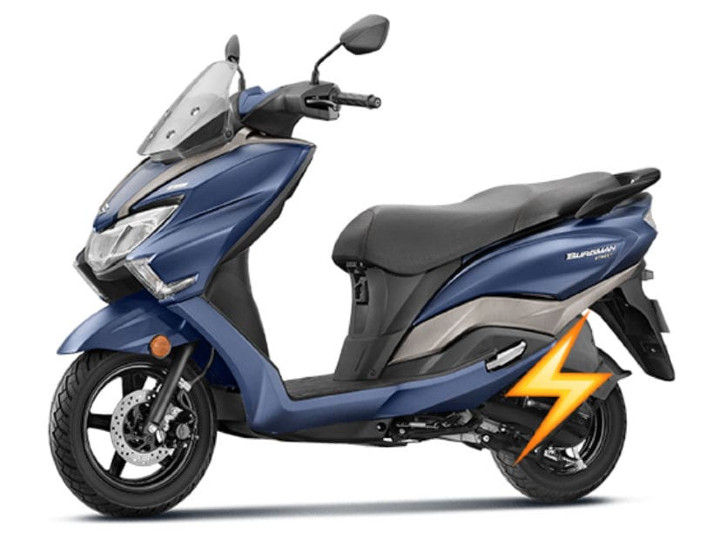 The Suzuki Burgman Electric was spotted testing for the first time in India last year but looks like Suzuki is still fine-tuning the scooter as it was recently spied yet again. While there are no new changes to speak of, expect Suzuki to launch the electric scooter in late-2021 at a possible price of around Rs 1.20 lakh (ex-showroom).

Going by the images of the test mule, the Suzuki Burgman Electric seems pretty much production-ready. It looks quite similar to the Suzuki Burgman Street in terms of design, which is not necessarily a bad thing as it helps in maintaining the familiarity factor. The Burgman Street is known to be a premium-looking scooter and it looks like Suzuki intends to go the same route for its first electric scooter in India, the Burgman Electric. The rather flashy white and blue colour scheme should help demarcating it from its fossil fuel-burning sibling.

While the actual specifications of the electric motor are still unknown, expect its performance to be on par with 110cc petrol-powered scooters. It could be in the same league as the 4.08kW motor in Bajaj Chetak and the 4.4kW unit in TVS iQube Electric. This motor will be paired to a lithium-ion battery pack, with an estimated range of around 90km. We’re yet to see whether the battery pack is swappable but we hope it is, as it would considerably slash the downtime for recharging.

While the electric scooter uses the same telescopic front fork with a 12-inch wheel, the rear comes with a twin shock absorber setup, as opposed to a single unit in the petrol-powered version. It is likely to be linked to a smaller 10-inch wheel. Braking is courtesy a disc up front and a drum at the rear, likely with CBS as standard.

Apart from Bajaj Chetak and TVS iQube Electric, the Suzuki Burgman Electric will also go up against the upcoming Ola Electric Scooter, Hero eMaestro, and Simple Energy Mark 2. If you’re looking at the more premium end of the spectrum, the Ather 450X is a good choice to consider.