The Fastest Bikes We’ve Ridden In 2021

Would you believe it? There’s an ADV in this list! 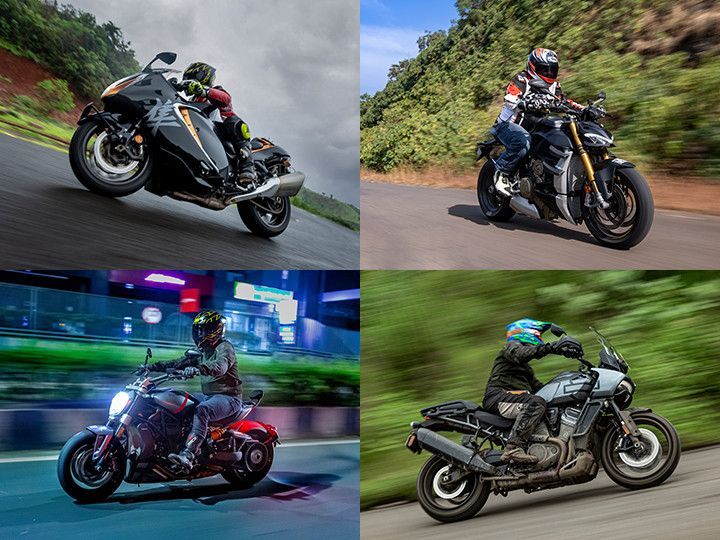 Fast machines, we love them all. We’ve ridden quite a few this year, tested a bunch of them and these five made the cut of the fastest of 2021:

Suzuki Hayabusa
Come on, were you expecting it to not be here? After all, the Suzuki Hayabusa literally brought about the Gentleman’s Agreement. In this avatar, it is quicker still, shaving off a few tenths from its former self. It will not go ballistic after 240kmph but hey, you’ll need a runway or the Natrax to explore the ridiculous speeds it’s capable of achieving.

Ducati Streetfighter V4 S
The world’s most powerful naked definitely makes our list. However, we couldn’t test it, unfortunately, as our test location is undergoing some maintenance work. Nevertheless, on performance credentials alone, the Streetfighter V4 S would zoom ahead to be one of the quickest bikes we’ve ever tested.

Harley-Davidson Pan America 1250 Special
We don’t know what’s more surprising and equally commendable, a Harley-Davidson making the list, an adventure bike appearing here or the fact that Harley’s first attempt at making an ADV helped it make an impact here? All three, we’d say! . After all, the new 1252cc engine is nothing shy of a revolution as the Pan America 1250 goes banzai after 4500rpm, and doesn’t seem to run out of breath even when you hit its 9500rpm redline.

Ducati XDiavel Black Star
The Ducati XDiavel Black Star is the epitome of crazy fast cruisers. It makes you believe that the laws of physics don’t apply to it. It is incredibly fast, and in green hands, can be extremely dangerous too. Luckily, there’s a wide array of electronic rider aids to help the rider stay in control of the bike as much as possible.

Triumph Trident 660
Triumph had the brief of making a bike that was light and affordable naked for anyone progressing from a 400cc bike. And it hit the nail on the head with the Trident 660. The small 660cc triple is exciting, the electronic aids are on point and the soundtrack is truly intoxicating.

Honorable mention: Yamaha Aerox 155
We had to mention the Yamaha Aerox 155 here, as it is the quickest scooter we have ever tested. It is significantly faster than the plethora of 125s we’ve ridden so far, and even has a distinct edge over the Aprilia SR 160. The Aerox 155 also remains the only scooter we’ve ridden that can comfortably cruise at 90-95kmph. It certainly left a mark, and one that’s unlikely to be erased in 2022. 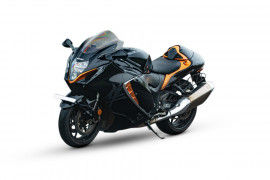 All Comparisons of Hayabusa