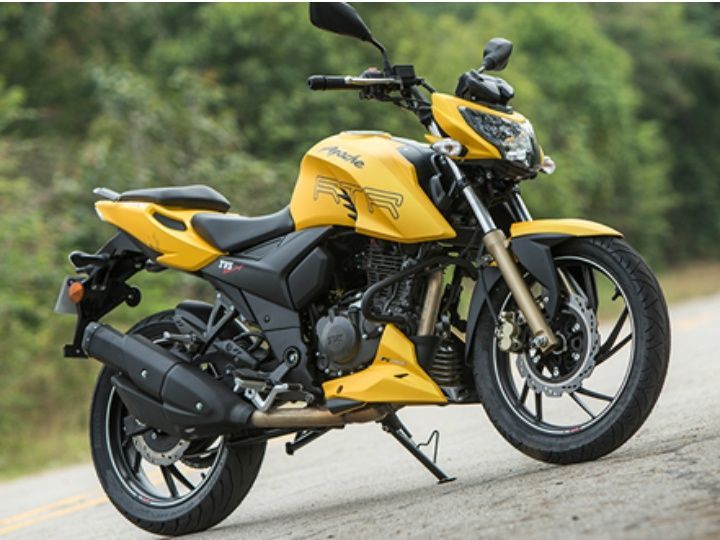 TVS Motors launched its Apache RTR 200 4V motorcycle today in Chennai for a starting price of Rs 88,990 (ex-showroom Delhi). Interestingly, TVS has launched the motorcycle with the option of either a carburettor or fuel injection, making it the first manufacturer to do so. The fuel injected version obviously commands a small premium, and is priced at Rs 1,00,700 (ex-showroom Delhi). Power outputs for the carburetted version of the Apache RTR 200 4V and the fuel injected version have a slight difference of half a PS with the latter churning out 21PS; the FI version obviously offers a crisper throttle response as well. Peak torque produced is identical at 17.5Nm too.

With a kerb weight of 148kg and a claimed 0-60kmph acceleration time of a mere 3.9 seconds, the RTR 200 appears to be a seriously quick motorcycle in its segment. It will face off against competitors like the Bajaj Pulsar AS200 and the KTM 200 Duke, despite the latter being more expensive and more powerful too. With the launch of the Apache RTR 200 4V, TVS Motors has reaffirmed its intentions of wanting a share of the lucrative entry-level performance segment. The Apache RTR 2004V is expected to be a game changer for the manufacturer with its kind of finesse, performance and build quality; it uses an all-new 200cc oil-cooled engine developed completely in-house. The RTR 200 has gained immensely from the TVS-BMW partnership during its development. And its design clearly draws inspiration from the BMW G310R that will be shown at the Auto Expo next month.

The Apache RTR 200 4V gets all the modern elements young buyers in the segment could ask for, like a sporty design, all-digital console, sharp looking headlamp with LED position lamps, petal disc brakes at both ends and a fat 130-section rear tyre. At the time of launch, TVS Motors has decided not to equip the RTR 200 with ABS, though an ABS version will be launched in the future with a price tag of Rs 1.15 lakh (ex-showroom Delhi).

What’s more, TVS Motor has launched the FI version to ensure the RTR 200 is future-ready, and hopes to rake in volumes till the time carburettors are phased out, given the lower pricing.