The Bajaj Pulsar 220F has been updated to meet BS-IV emission norm and has also gotten a few cosmetic updates for 2017. So how different is it to ride? 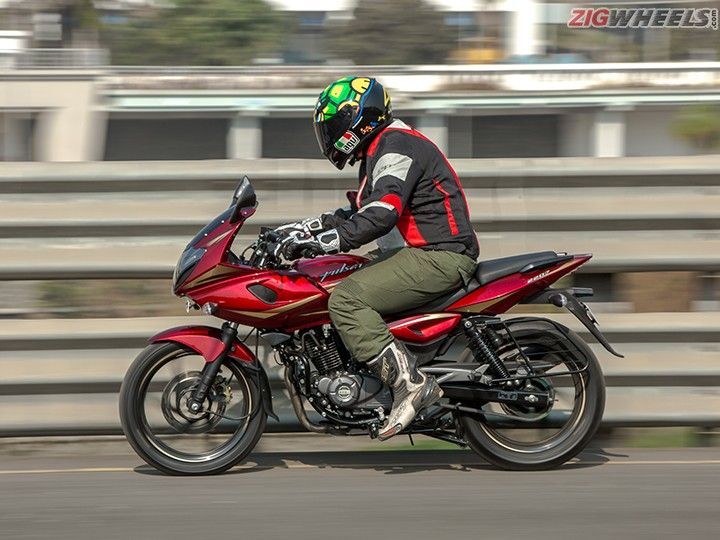 The Pulsar 220F made a terrific entry when it was launched in 2007, it had a powerful motor, many segment first features and the sporty styling set many hearts racing. In the rather long run in the Indian market, the Pulsar 220F didn’t receive any major updates. But with BS-IV emission norms coming in effect, Bajaj has updated the Pulsar 220F. So how has the new updates affected the motorcycle? Let’s find out

Let’s talk about the biggest update first and the new Pulsar 220F now adheres to the stringent BS-IV emission norms. While the very first 220F had fuel-injection it was later dropped in favour of the more cost effective carburettor, and the Pulsar 220F manages to meet the new emission norms without reverting to the more expensive technology. Bajaj engineers have added more maps in the CDI unit which has now risen from two in the older motor to five in the new engine. The bore and stroke hasn’t been changed but the new engine gets air-injection system that infuses cooler air into the exhaust gases and reduces emission of harmful gases. Other emission norm related changes include, Evaporative Emission Control System (EVAP), bigger catalytic converter while the intake and exhaust manifold have been completely redesigned.

Despite all these revisions, power and torque remains unaffected. Cosmetic changes are restricted to three new colour shades. However, these do feel bit dull on a sporty bike like the 220 and the graphics also doesn’t compliment the overall styling.  The exhaust muffler gets a matte black finish and there are reflective tape on the rims to visually distinguish the new motorcycle from its predecessor. The 2017 Pulsar 220F also features AHO (automatic headlamp on), a safety feature that will be made mandatory on all new two-wheelers from April 1, 2017 and this means that headlamp switch is gone. The instrument cluster now gets faux carbon fibre surrounds and the display backlit is now blue as opposed to amber in the older model.  While the 220F has only mildly different aesthetics, it’s basic design still commands attention.

No mechanical changes have been made and the 220cc, single-cylinder, DTS-i motor delivers 21PS and 19Nm of peak torque. Start the bike and the first thing that you will notice is the exhaust note, it’s much more throaty and sweeter too.  The motor revs freely with a healthy mid-range and enough top-end grunt. The engine still has that rawness in power delivery that is associated with older generation of Pulsars. NVH levels have improved marginally but engine vibes seep in once you cross 4,500rpm and the rattles from the fairing are unpleasant. The Pulsar 220F still offers good performance but lacks the refinement of its rivals.

The 5-speed gearbox worked without any trouble and clutch action is also light. Bajaj hasn’t shared mileage numbers for the new bike but we expect the Pulsar 220F to deliver between 35kmpl to 40kmpl in real world conditions. The double cradle frame remains unchanged and the handling dynamics of the motorcycle are likeable enough. The grip from the MRF Zappers adding a layer of confidence. Braking is done by disc brake units on both the ends and they offer sufficient stopping power while ABS hasn’t been offered even as an optional extra, which is disappointing.

The Bajaj Pulsar 220F still remains an awesome value for money proposition at Rs 91,201 ex-showroom Delhi. It is the overall package, not just the aggressive pricing, that has made the Bajaj Pulsar 220F a legend in the Indian two-wheeler space. It is partly faired, has impressive performance, a great list of features, and engaging handling making it ideal for riders looking for an exciting all-rounder to start off with. Having said that, we would have preferred a bit more finesse from the motor. But despites its flaws, the Pulsar 220F now steams ahead into a greener era with its characteristic nonchalance undiluted.