The TVS Apache RTR 200 4V BS6 was our first test post lockdown and boy did it make us realise how much we missed riding. We had a blast testing the new bike and making a video for our YouTube channel. You guys responded with plenty of comments and even some questions about the new bike. So let’s tackle the three main talking points from our video review. 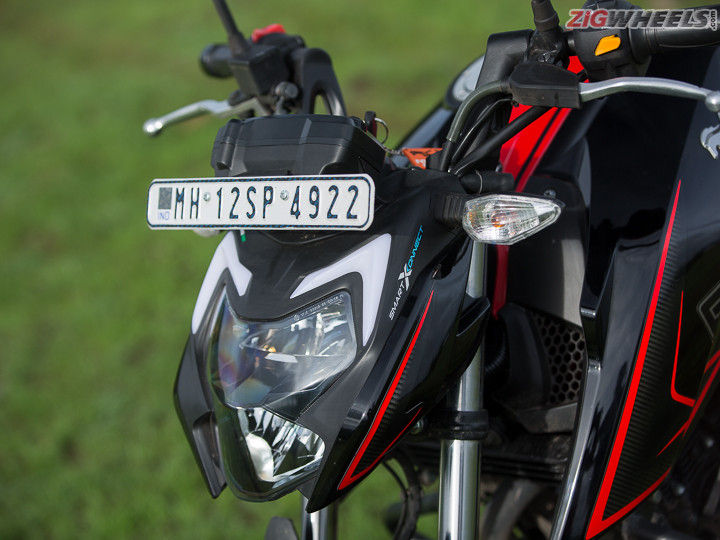 Oddball LED headlight
TVS’s inclusion of an LED headlight has been welcomed by all but most of you preferred the previous face. The new headlamp unit looks striking and TVS has gone for an animalistic look. It is a shame that the Indian masses have not quite warmed up to it as much, but some of us do like the look.

How did it deliver 50kmpl in the city? And how is the city mileage better than that on the highway?
The Apache RTR 200 4V was always a very fuel efficient motorcycle. It packs loads of mid-range torque which is crucial in daily runabout situations. The gear shifts are slick and the ratios themselves allow you to ride at moderate city speeds in taller gears very efficiently. Plus, this new bike gets fuel injection and reduced friction coating inside the cylinder and gearbox, making sure that the engine burns fossils more efficiently. And hence we got a higher fuel efficiency number than before, 50.7kmpl to be precise.

Why have you mentioned it is air-cooled when it is actually oil-cooled?
Almost all of the motorcycles that are sold in India with an oil-cooler are air-cooled motorcycles, not oil-cooled. The engine is cooled thanks to the presence of fins on the cylinder and not via a jacket that you usually find on liquid-cooled engines. Only the engine oil is cooled via the oil-cooler, not the engine.

Suzuki has been the only bikemaker in the world to perfect a more oil-cooled system that made its debut on the Gixxer SF 250 and then on the naked Gixxer 250. The engine oil is passed through various high pressure points to cool them down so that the motor works without blowing its top off. Also, no fins!

The Wakanda T-shirt
As frequent as the above queries were on the video, the T’Challa Black Panther necklace tee also found many admirers. Thank you Marvel and The Souled Store.