Competition, My Bubble, & The Thorn

My not-so-regimental preparation as I gear up to race against the quickest motojournos in the country. 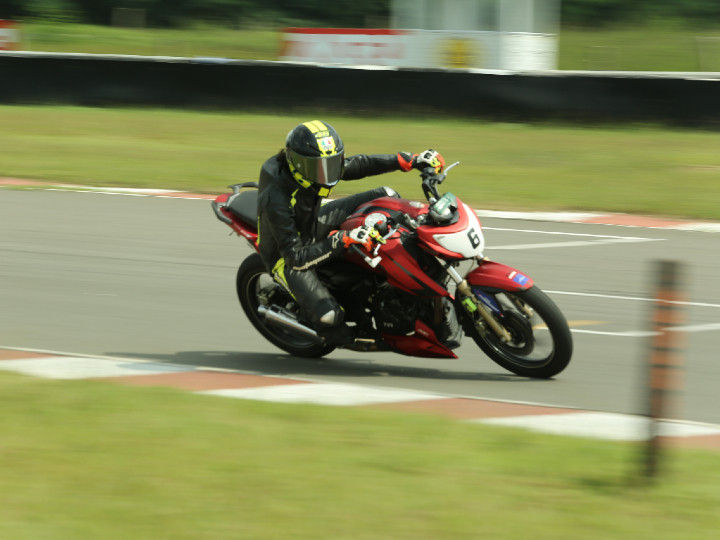 Competition is a double-edged sword. To some extent, there is competitive nature present within every one of us - an innate desire to be better at something than the next person - and it’s most clearly on display in the case of professional sportsmen. This strong spirit of one-upmanship can be a useful tool in your arsenal, forcing you to dig deep within yourself and unlock potential hitherto untouched. Or it can bring out the worst in us, seeing us dive to pathetic, unethical and unsportsmanlike depths in desperate attempts to better our competitors.

I’ve always been a pretty competitive person.
“How long can you hold a plank?”
“10 seconds longer than you can.”

We could be throwing rocks at the beach and I’d want to try and throw mine further than yours. Some sick, twisted pleasure and feeling of accomplishment that I’m able to derive from being better than someone at something. Competition frequently brings out the best and worst in me. If it’s a matter of skill, I’ll try and upskill. If it’s a matter of luck, I’ll make my own luck. I frequently cheat at Monopoly and cards.

Motor racing, especially one-make motor racing, like the TVS Young Media Racer Program that I’ll be attending this year, doesn’t give you much room to cheat. You can’t have a card up your sleeve or flick a few currency notes from the bank. It’s just 12 nutters from 12 different media houses across the nation, all on the same bikes at the same track at the same time. Best man wins. Simple. The identical bikes in question are Apache RTR 200 4Vs, the flagship in TVS’ RTR range (no, these aren't the latest version with the riding modes and adjustable fork). A sharp and capable bike even in stock form, these race-prepped puppies feature a free-flow exhaust system and high lift camshafts, while doing away with pesky legalities like lights, mirrors and indicators. Throw in some grippy TVS Eurogrip rubber and you’ve got a neat little track weapon on your hands.

Before the racing kicks off, we’ve been at the Madras Motor Race Track for a training and selection round, which I went into with my eyes wide open. Or so I thought. With the entry-list in hand before flying down to Chennai, I knew that I’d have a few people to fend off if I wanted to be the quickest man on track. The training sessions went by without laps being timed, and I continued to live in my little bubble, working on my riding techniques. The final session saw the transponders being activated, and while I did manage to fend off the competitors on my radar, I still had to settle for 2nd place. I was beaten to the top spot by an unknown entity we shall call The Thorn. He’s in my side at the moment, but I’m determined to put him behind me when the red lights go out in a few days’ time.

The Thorn is an independent vlogger running his own YouTube channel, not attached to any major media house. No wonder he slipped under my radar. He didn’t slip on the track, though. Despite a significant weight advantage, I was comprehensively outpaced by him in the timed session. Damn! Time to summon that competitive spirit once again. I’ve had 3 weeks since the selection round to find a way to bridge the 3 second deficit to The Thorn, and while I haven’t been able to hit the track and practice in this period, I have had a chance to pick the brains of some of the real fast guys at the office. Their advice was simple but necessary.

As I hit the track once again for the races this weekend, I must attempt to defy medical science by using the powers of my mind and my competitive spirit to somehow grow a pair. Stay tuned to see how things pan out.