TVS Motor’s Chairman - Venu Srinivasan has officially confirmed the launch of new TVS Apache 200, and a couple of other new models like a four-stroke moped and the reintroduction of its commuter brand TVS Victor in India 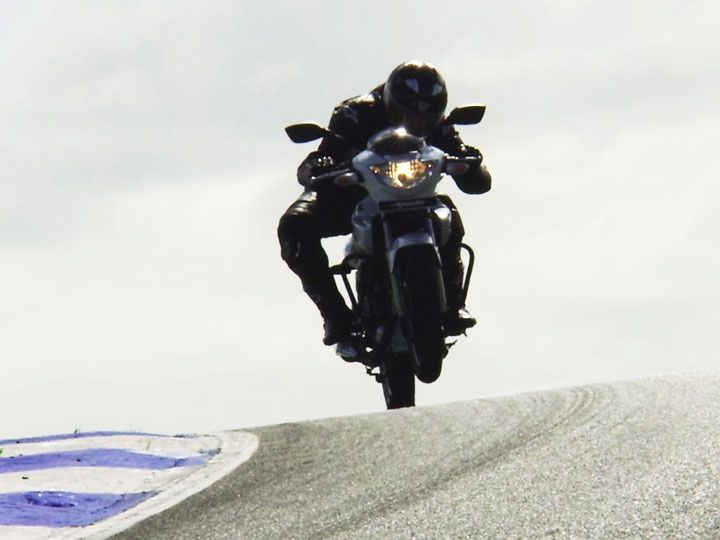 At the recently held Annual General Meeting (AGM) of TVS Motor, company Chairman Venu Srinivasan confirmed that in the next six months the much awaited new TVS Apache will be launched in India. The 2015 Apache will be the largest capacity motorcycle ever produced by TVS Motor in India, and will be powered by a 200cc motor. Srinivasan also said that TVS Motor will introduce a new four-stroke Moped and would also reintroduce TVS Victor commuter within the above mentioned timeframe.

The upgraded TVS Apache has been anticipated since the company showcased the TVS Draken x21 250 concept during the 2014 Auto Expo. In the meantime, competition took advantage and launched a slew of vehicles in the sporty 150-200cc motorcycle segment of India – such as Bajaj Pulsar AS 150 and 200, Suzuki Gixxer 155, refreshed Yamaha FZ FI and KTM RC 200. This week Honda showcased an interesting new model – Honda CB Hornet 160R during the 2015 RevFest.

And though it’s not official yet, but the new TVS Apache 200 should be launched during this festive season, simply to make up for the lost ground. Company executives also told the media during the 2015 AGM that TVS will be launching some models in the festive season, which further strengthens the chances of the new TVS Apache 200 being launched before October 2015 in India.

The details about the new TVS Apache 200 is still sketchy, but going by a few pictures of test mules posted online by TeamBHP, it seems that the new model will come powered by a new 200cc single cylinder, air-cooled petrol engine. The motor could be mated with a 6-speed gearbox, come equipped with fuel injection and produce peak power just under 25PS.

Often the final production tends to vary from the test mules, so we expect the new Apache 200 to come with a sharp but minimalistic design. It will get sporty clip-on handlebar, digital instrument console, headlamp with LED daytime running lights and probably a split seat to complete the sporty stance. Disc brakes in front and rear could be offered as standard.

At the back the TVS Apache 200cc will get a pair of sleek indicators, LED taillight, monoshock suspension and a conventional up-swept exhaust. With the recent tie-up between Michelin and TVS Srichakra we won’t be surprised to see the next-gen Apache to be running on specially developed soft compound performance tyres. In terms of safety features, the 2015 TVS Apache 200 would offer ABS as an option.