It still remains the most affordable adventure bike in the country -- by around Rs 80,000 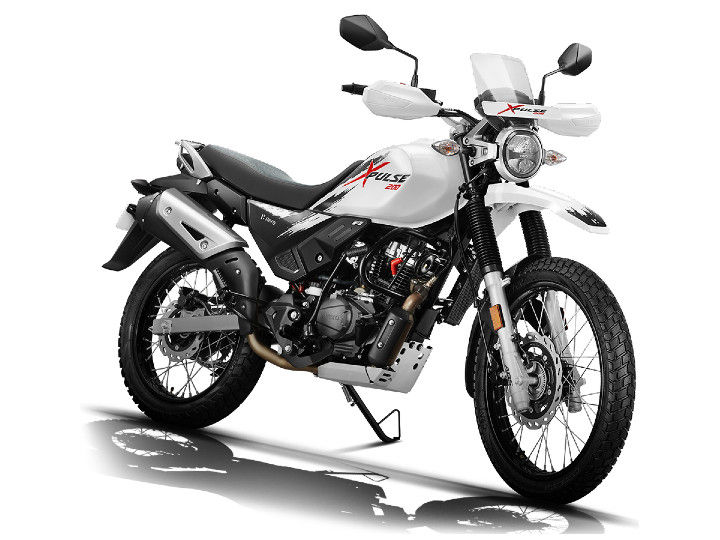 India’s most affordable adventure motorcycle has finally been launched in its BS6 guise. The Hero XPulse 200 BS6 comes bearing a price tag of Rs 1,11,790 (ex-showroom Delhi), an increase of Rs 6,790 from its BS4 fuel-injected model. Expect the BS6 XPulse 200 to reach all Hero dealers in the coming week, with deliveries to commence soon enough.

Bookings for the BS6 XPulse had already commenced a few months back and the bike would have been available sooner had it not been for the COVID-19 pandemic. Hero had also announced the specs of the XPulse 200 BS6 with the 199.6cc single-cylinder air-cooled engine now producing 18.08PS at 8500rpm and 16.45Nm at 6500rpm. The greener motor is 0.32PS and 0.65Nm lower than what it made earlier. The engine will only arrive with fuel-injection; the carburettor variant is no longer on sale.

Another key update on the engine is the presence of an oil cooler. On the original concept shown at EICMA and even on the bike at Auto Expo 2018, the oil cooler was present. Sadly, the cooling aid was not to be found on the BS4 bike. Hero chose to take its time with the oil cooler and test it out properly in the national rallying circuit before putting it into the BS6 production bike.

Not that the stock suspension units aren’t capable enough, but the rally kit units increase the suspension travel from 190mm/170mm (front/rear) to 250mm/220mm. Plus, the front fork is compression- and rebound-adjustable. The resulting ground clearance also goes up from 220mm to 275mm.

If you do get both the XPulse 200 BS6 and the Rally Kit, you will still end up saving nearly Rs 40,000 over the Royal Enfield Himalayan BS6, whose prices start from Rs 1.89 lakh. In their BS4 forms, the Himalayan had the legs over the XPulse on the highway, but the Hero proved to be a better off-roader. The feeling is likely to remain the same even now as the Himalayan has become a lot heavier.