How much more off-road capability does the new Rally Kit add to the already capable Hero XPulse 200? 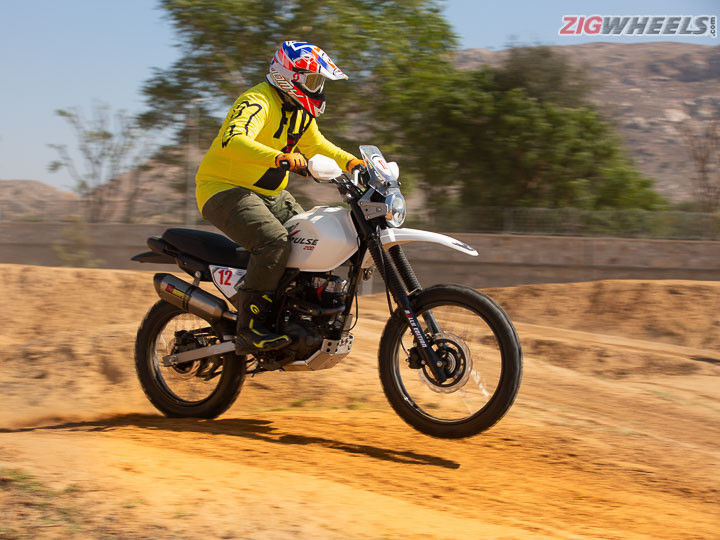 The Hero XPulse is the most affordable ADV bike on sale in India. In little over year since its launch in the Indian market, it has managed to make an impact in the budding off-road bike segment. But it seems that the XPulse isn’t a throwaway attempt at the Indian off-road segment like the Impulse was, and Hero is keen on improving the bike’s capabilities even further. So in 2019, Hero showcased an optional Rally Kit for the bike at the EICMA motorcycle show and recently at its CIT facility, it officially launched the kit for the Indian market. The Rally Kit was developed based on feedback from existing owners and racers who competed in off-road events with the motive of not only making the XPulse better in the loose stuff, but to make this extra ability easily accessible to buyers as well. And at Rs 38,000 for the whole kit, Hero certainly has managed to nail the latter part, providing great value to budding off-road enthusiasts. We got to ride the XPulse Rally Kit for a couple of laps on Hero’s dirt track and here’s our take on the new kit.

The Rally Kit offers the following components in the table mentioned above as standard offerings. However, the bike we rode sported an after-market Akrapovic exhaust system and revised sprocket (12 teeth at the front and 40 at the rear). These two items aren’t included as standard as both the exhaust system and the sprocket kit aren’t road-legal, and that Akrapovic exhaust costs a bomb too. So Hero is working on an in-house and much more affordable alternative to that exhaust for those willing to sacrifice road legality of their XPulses for improved performance in the dirt. More details about the Hero XPulse Rally Kit here.

How’s it to ride?

The bike that I was supposed to ride was sporting the optional flat bench seat, which is narrower than the standard seat and helpful while riding off-road. But, there was a problem here. You see, the new suspension already pushes the XPulse’s ground clearance, and by extension, the seat height (823mm standard), up by 55mm. So you’re already looking at a seat height of 878mm. And then, the optional bench seat bumps that up by a further 110mm, pushing it to a ridiculous 988mm - straight into motocross territory. Even with the XPulse’s suspension sagging under my weight and my 5’10” height, I could barely even tiptoe the bike. So given my non-existent off-road skills, I opted for the standard seat. Even with the standard seat, I was far from being able to flat-foot the bike. But at least now I felt comfortable enough. As I stood on the footpegs while riding, the first thing I noticed was that I wasn’t crouching to hold the handlebar because of the risers. This meant an upright standing posture that provided much more leverage at the bars and increased confidence on the dirt.

The other impressive bit on the motorcycle were the Maxxis knobby tyres that dug into the loose gravel to give loads of traction and I was able to plough my way out of the banked turns with confidence. Another aspect that helped in faster corner exits were the revised gear ratios as the Rally Kit had much better low-end grunt than the standard bike and it felt very peppy on the dirt track while the throaty tune from the Akrapovic exhaust added to the experience.

Apart from offering more travel, (250mm front and 220mm rear), the telescopic fork suspension can be adjusted for compression and rebound. The added suspension travel gave me confidence while taking jumps and even with my limited skills I was having a hoot of a time. We couldn’t alter the suspension settings but I am sure it will be fun to tweak it based on your riding style and weight. Another advantage of the longer suspension travel is the increased ground clearance which will be beneficial when you ride over rocky surfaces or through water crossings.

What components will we suggest?

Having ridden the XPulse 200 from our long term fleet and as an off-road newbie, I will definitely suggest owners to go for the handlebar risers as they improve the riding stance massively. The off-road tyres are also great value for Rs 10,000 and will play a major role in improving traction and your confidence on the loose stuff. That said, these tyres will feel a little wonky on tarmac, so only go for them if a vast majority of your riding is going to be in the dirt.

While the adjustable suspension offers tremendous value for the asking price, in our opinion the standard suspension does do a fine job. Only after you have got considerable confidence off-road and want to push your skills further, or you plan to compete in off-road races, does it come into the picture. The same applies for the flat seat as well, the tall ride height can be intimidating, but the more experienced riders who used it felt that it does help when moving back and forth in the seat while attacking corners on a dirt surface.

Overall, Hero has done a great job in offering the Rally Kit as individual components and not as a whole package. This allows the riders the flexibility to choose components based on their needs. And they really do make a huge difference in the off-road ability of the XPulse 200. But more importantly, the components are affordable, which means many owners will find them accessible and that will allow them to have some fun in the dirt or go racing with their bikes.