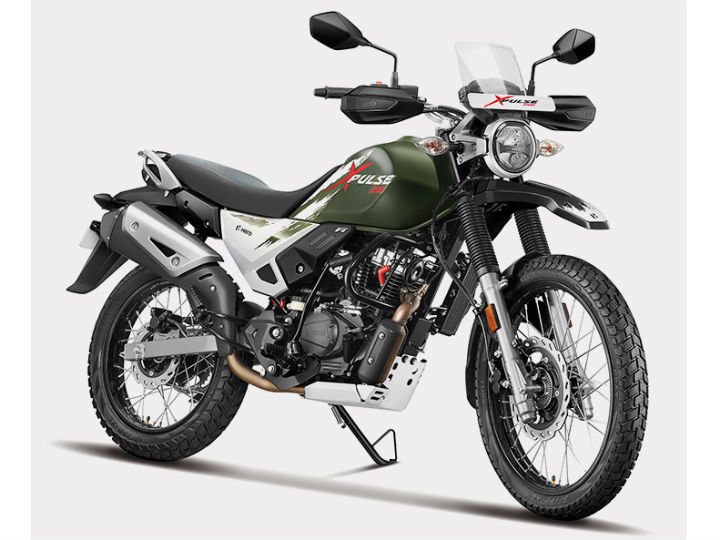 Hero MotoCorp has released the specifications of the XPulse 200 BS6 on its website. Hero has incorporated a new oil cooler to the 199.6cc fuel-injected, air-cooled BS6-compliant motor. This helps in keeping the engine oil temperatures stable during long rides. However, in pursuit of cleaner emissions, the BS6 avatar of Hero’s mudplugger seems to have lost its fangs.

To comply with the new BS6 emission norms, most motorcycles now feature an additional catalytic converter. In the XPulse’s case, this has resulted in the motorcycle losing its underseat exhaust in favour of a conventional setup. But being an off-road friendly motorcycle, Hero MotoCorp has ensured that the new setup does not have any detrimental effect on the ground clearance of the motorcycle. So the BS6 version gets the same 220mm ground clearance as before. Even the seat height remains unchanged at 823mm. Thanks to the additional emission controlling equipment, the kerb weight has gone up by 3kg, at 157kg. Interestingly, the wheelbase has gone down from 1412mm to 1410mm. Since the difference is marginal, it should not have any effect on the bike’s dynamics in the real world.

The underpinnings also remain unchanged. Its diamond type frame continues to be suspended on the same 37mm telescopic front fork with 190mm travel and a 10-step preload adjustable monoshock at the rear. Brakes include a 276mm front and 220mm rear petal disc with single-channel ABS as standard. The large 21-inch front spoke wheel is shod with 90-section block pattern tyre whereas the smaller 18-inch rear spoke wheel gets a fatter 120-section unit.

Other features such as the LED headlamp and tail lamp, fully-digital instrument cluster with smartphone connectivity and turn-by-turn navigation have been retained. Unofficial bookings for the motorcycle began in March 2020. But now, the COVID-19 pandemic has wreaked havoc across the world, leading to a nationwide lockdown at the moment. Expect Hero MotoCorp to launch the motorcycle after the lockdown is lifted and once things go back to normal. As per our sources, the BS6-compliant Hero XPulse 200 will command a premium of around 10-15 per cent over the older model, so expect prices to go up by around Rs 10,000. The BS4-compliant model retails at Rs 1,06,500 (ex-showroom Delhi). There are no rivals for this motorcycle in its segment but the Royal Enfield Himalayan BS6 is the closest alternative, at Rs 1,86,811 (ex-showroom Delhi).