Conquer Your Fears At Dirtlogue100 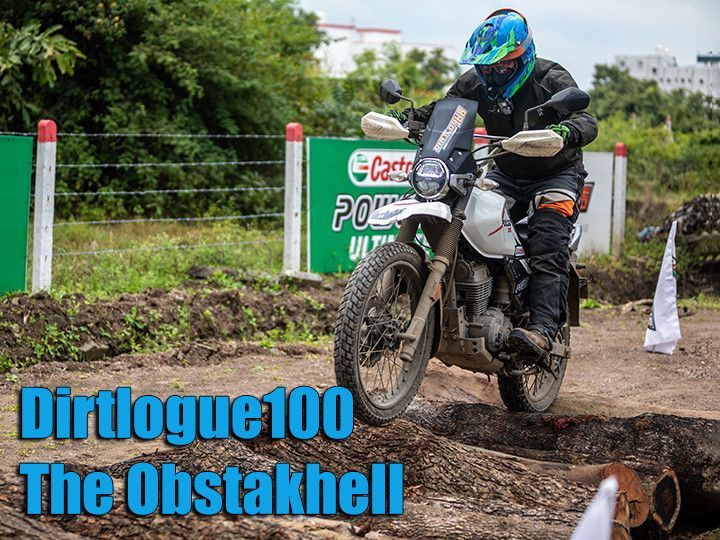 The Erzberg Rodeo: a race that makes the Dakar rally look easy. The annual Austrian event is perhaps the most hardcore off-road race that takes place on Earth, putting man and machine to the ultimate test. Overcoming human-sized boulders, gigantic logs and carving your trails is just the tip of the Erzberg.

The real test is how far you can push yourself, mentally and physically without ending up in the casualty ward. To prepare for an event such as this, athletes train at miniaturised obstacle courses, or enduro parks. We already have the Big Rock DirtPark in Bengaluru, brainchild of home hero C S Santosh, to prepare budding Indian riders for larger challenges such as the ’Rodeo and Dakar. Now, there’s one closer to our HQ. A joint collaborative effort between motorcycling custom house Autologue Designs and motorcycling apparel brand 100kmph.com has resulted in Dirtlogue100, Pune’s latest, and perhaps the toughest, enduro park.

Designed by one of Pune’s leading off-road enthusiasts, Suraj Giri, the Dirtlogue100 is a daunting obstacle course meant to enhance and sharpen your off-road riding skills. There are two tracks that run parallel to each other. The expert lane has obstacles that can put you out of action for a long time if you don’t have your wits about you. And there’s a kiddy lane, for learners, obviously, so that they can take their time in getting the basics right before they take on the harder course.

Having ridden with Suraj a fair deal (you can read about the trail that my then long-term XPulse 200 and I tagged along on here), his craziness is evident in the track’s layout. Even though only 45-50 percent of the obstacle course was completed, the challenges weren’t any less difficult. Borrowing Autologue’s own XPulse, I took to the track, and did a sort of a hybrid version of the expert and kiddy lane, chickening out on the bridge of tyres.

The key to acing the course, as I found out in grand fashion on the second attempt, was keeping a steady momentum. No to toot my own horn but on the first run, I had barely any hiccups and sailed easily over the rocks and logs, just because I took things a bit slow and steady (you can check out this run on the Zig IGTV channel). And just like the tortoise and the hare story, going fast on the second attempt caused me a bit more harm. I flew through the first couple of obstacles and just as I took the rocks with gusto, I went in a bit too fast for the adjacent road of tyres section. Thus, the front end of the XPulse got stuck between the tyres and it nearly tossed me off the bike (the video is up on my IGTV channel).

Luckily, I walked away with a small cramp and nothing too serious.

It should be another couple of weeks until the Dirtlogue100 is ready with all the obstacles in place. You can check out www.dirtlogue100.com for how you too can come, learn the right skills and take on the course. I am itching to have a crack at the course again. Just waiting for Hero MotoCorp to launch and send the new XPulse 200 4V along our way soon.