Ask your question from 390 Duke owners and experts
Your Question should contain at least 5 characters Submit Cancel
Available EMI Options
Rs. 7,408 per month @ 6% Apply for Loan

The 2022 KTM 390 Duke has been spotted testing overseas. Everything, except for a couple of components, has been changed. So you have all-new bodywork, a new sub-frame, a new swingarm, new wheels, and a lot more. Read all about it here.

KTM‘s future plans may include equipping the 390 Duke with radar cruise control. More details here. The streetfighter received its second price hike quite recently. The 390 Duke is now priced at Rs 2,70,554 (ex-showroom Delhi), Rs 13,628 dearer than its BS4 avatar. The 2020 model comes with new colours and a bi-directional quickshifter.

Powering the 390 Duke is the liquid-cooled 373.3cc DOHC single-cylinder mill that we’ve fallen in love with over the last 7 years. Despite meeting BS6 standards, output has been retained at 45PS and 37Nm, and the motor continues to feature ride-by-wire. It is mated to a 6-speed gearbox via a slipper-clutch. Like most KTMs, the 390 Duke is held together by a trademark steel trellis frame. But while the first-gen bike featured a single-piece frame, the versions from 2017 onwards feature a main frame and a bolt-on rear subframe. This makes accidental damage repair cheaper and easier. The frame is suspended on a USD fork and preload-adjustable monoshock, both from WP, and stopping power comes from a 320mm/230mm disc brake combo assisted by dual-channel ABS. At 149kg dry, it continues to weigh exactly the same as its BS4 counterpart.

The 390 Duke received a major redesign in 2017 when it was endowed with the SuperDuke design language. This means an aggressive, sharp and edgy appearance characterised by the intentful LED headlight and long tank extensions. The bike still features a purposeful streetfighter stance thanks to its flat, wide handlebars, and the white bolt-on rear sub-frame adds some contrast to the design.

The 2017 update also brought with it a whole host of new features. Lighting is now LED all around, and the bike has been equipped with a colour TFT display. Bluetooth connectivity is standard, and like before, the bike also sports dual-channel ABS and a slipper clutch. New for the BS6 version is a bi-directional quickshifter offered as standard.

The KTM 390 Duke competes with other naked streetfighters such as the single-cylinder BMW G 310 R, Apache RR 310 and Honda CB300R, and twin-cylinder motorcycles like the Benelli TNT300. It’s also priced quite close to the Royal Enfield Interceptor 650.

The KTM 390 Duke has always been a fantastic value for money proposition. You can use it either for your daily office commutes or for your grocery runs and you’ll have a wide grin plastered on your face throughout. And if you want to hoon around a track or show it some twisties, then the little 390 elevates your riding experience to a whole new level. Its crazy price to performance ratio and the ability to pretty much make every ride exciting is what made it so popular among the masses.

When the new-generation KTM 390 Duke was launched a couple of years back, it came with a tonne of segment-first features like a full TFT display, Bluetooth connectivity, slipper clutch and ride-by-wire. For its Rs 2.48 lakh (BS4 model) price point, this was a fantastic deal KTM 390 Duke BS6 Price. 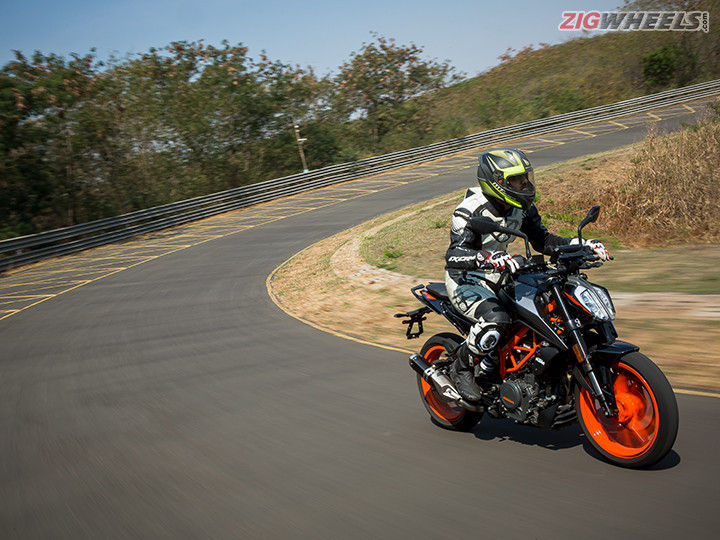 With the BS6 update, KTM has increased the price by around Rs 5,000 and given the 390 Duke a couple of sweet new paint schemes. But if it was just a colour update, you would have already made up your mind the day KTM released the press images.

No, we daresay you’re here ‘cause you want to know if that new bi-directional quickshifter has changed the bike’s attributes any significantly. And more importantly, whether it makes the 390 Duke more of a must-have in your garage.

Q: Do they look as dope in reality as they did in the press images? 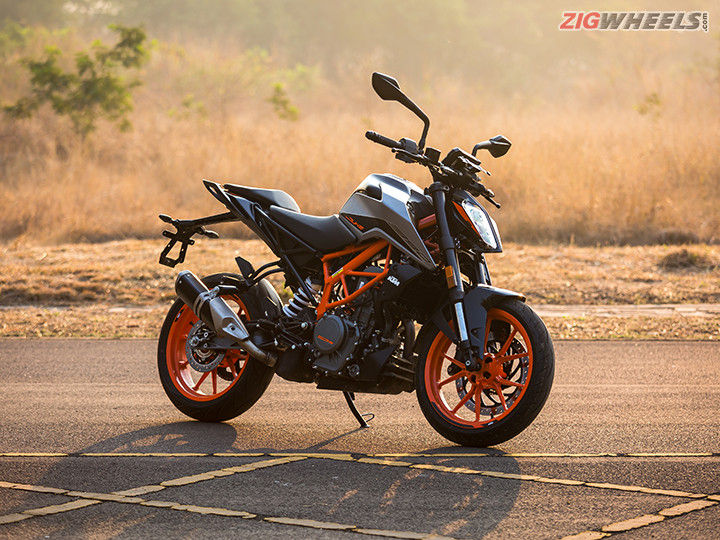 A: No, they do look stunning in real life. Especially the matte silver you see above. We also appreciate that KTM hasn’t gone overboard with the stickering, like they're sometimes wont to do. That said, we feel that KTM should have gone with the matte silver and orange frame instead of black. That would’ve made it that much more delectable.

A: Yes, apart from the new colour schemes, the BS6 390 Duke looks exactly the same as its predecessor.

Q: Ugh, fine, tell us about the quickshifter! 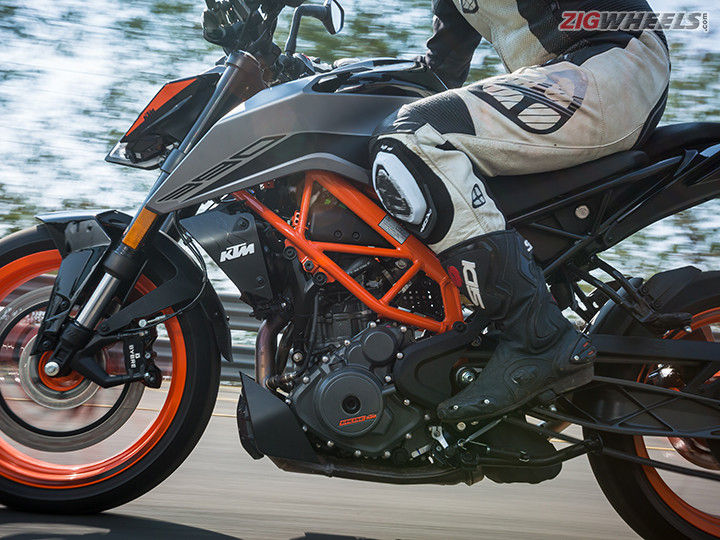 A: It works like a charm… is what we would’ve liked to say. But after testing it on Bajaj’s test track in Chakan we were a bit let down. You see, the main purpose of a bi-directional quickshifter is to offer seamless gear shifts without engaging the clutch -- basically full-throttle upshifts and quick downshifts without having to blip the throttle manually. Unfortunately, the quickshifter on the BS6 390 Duke is not the smoothest out there. The gear shifts are jerky and as you reach the redline (going from 4-5-6), the quickshifter just doesn’t work as it’s intended to.

In fact, it feels like a budget hack by KTM to keep costs in check. That’s because KTM is using a semi-mechanical system to sense upshifts instead of a pressure sensor. This whole process isn’t as quick as on a traditional pressure sensor, and that means it’s not fast enough to respond to upshifts at really high revs (near the redline). 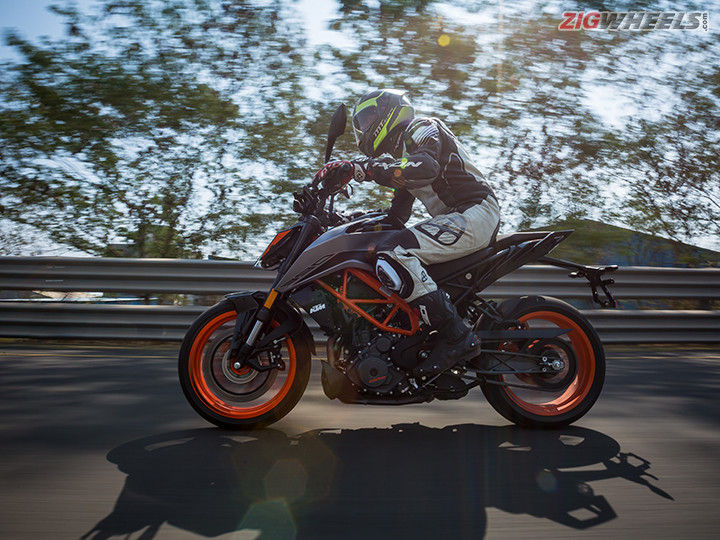 And for downshifts, it just sprays a little extra fuel into the cylinder to try and increase the revs, instead of actually blipping the throttle. While the revs are bumped up slightly by this process, it doesn’t produce the same effect as an auto-blipper, and ends up relying on the slipper clutch to handle some of the load of rev-matching when downshifting. This makes for clutchless downshifts that can be described as clunky at best.

A: KTM India has confirmed that they can fix this system with just a software update, so let’s keep our fingers crossed! We have done a detailed story on this, which you can read here.

Q: Since it is the same bike as the BS4 model, can someone retrofit the quickshifter on their BS4 390 Duke?

A: We knew this was coming, and the simple answer is no! KTM India told us that it would require a different ECU map, different sensors and wiring harness. So a retrofit won’t be an easy affair by any means. 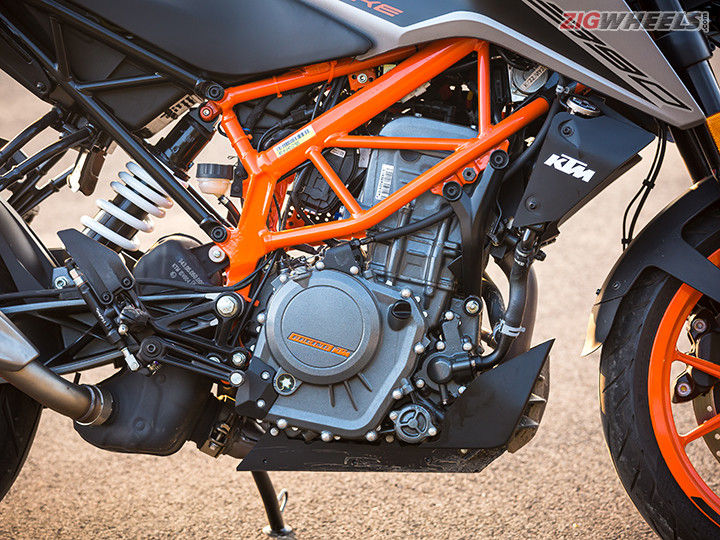 Q: What about its underpinnings? Are they the same as the BS4 390 Duke?

A: Yes. The 373cc motor, even though it is BS6-compliant, makes the same power and torque figures as before (43.5PS and 37Nm). The suspension and braking hardware is also identical to the older BS4 model. What has changed is weight and ground clearance. The former has gone up by 4kg while the latter has dropped from 175mm to 151mm (as the exhaust pipe now goes from under the bike instead from the side as seen on the previous model). So there are chances that you might scrape the Duke’s belly on big potholes. KTM has provided a bash plate to keep the exhaust components safe in case things do scrape.

Q: What about the performance? Has it gone down in the quest to emit less fumes out to the atmosphere?

A: Out on the track, we didn’t feel any drop in performance. However, we will reserve our judgement until we put it through a good ol’ VBox test. 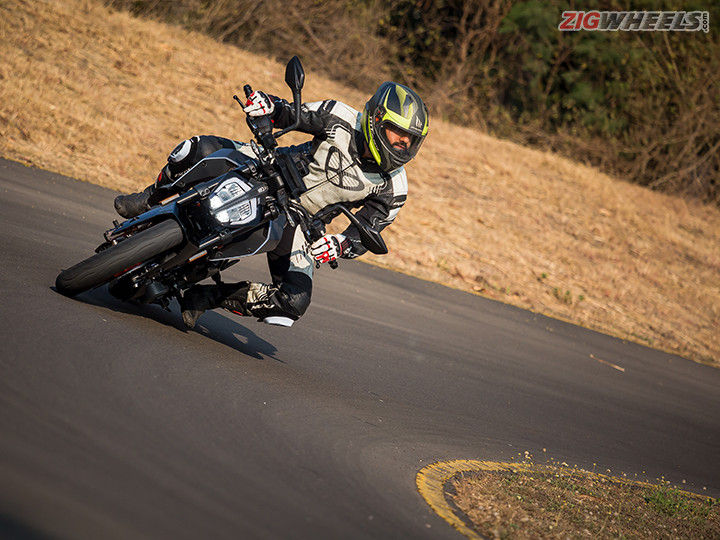 Q: Finally, should you buy one?

What are the colours available in KTM Duke 390?