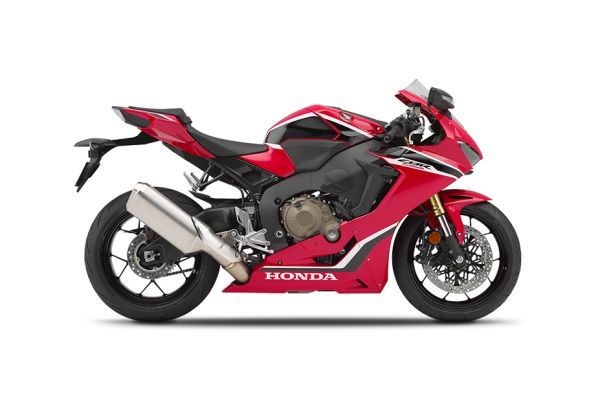 Honda's international flagship model, the CBR1000RR Fireblade is the epitome of performance and racing pedigree with its incredible speed and handling characteristics.
Read More

The 2017 version of the Honda CBR1000RR Fireblade is the latest generation of the hallowed litre-class offering from the Japanese two-wheeler giant. The new CBR1000RR was unveiled in Europe last year and his been brought to India as Completely Built Units (CBUs). The 2017 Honda CBR1000RR has been priced at Rs 17.61 lakh while the CBR1000RR SP variant retails for Rs 21.70 lakh (both prices are ex-showroom, Delhi). Bookings for both the motorcycles have started at Honda’s exclusive Wing World dealerships located in Mumbai & Delhi. In terms of styling, the new motorcycle retains the design DNA of the older bike but gets a more aggressive face with all-LED headlamps that look cool.

Honda claims that the 2017 CBR1000RR is almost 90 per cent different from its predecessor. Among the noticeable differences is the fact that kerb weight has been reduced by a massive 15kg. Bot the motorcycles are powered by the same 1,000cc in-line four engine delivering 191PS of power and peak torque stands at 115Nm for the standard bike while it is 116Nm for the CBR1000RR SP. The biggest talking point is the introduction of electronic wizardry. The 2017 Honda CBR1000RR features a 5-axis Inertial Measurement Unit (IMU) that manages the ABS system, 9-level Honda Selectable Torque Control traction control (HSTC), Throttle By Wire (TBW), Rear Lift Control (RLC) and Wheelie Control. And there’s more - three ride modes (Street, Circuit and Mechanic), five levels of power delivery and three levels of engine braking control.

It also features a full-colour TFT display even in the entry-level model. The frame has been made lighter to improve handling dynamics, while Honda have also added Honda Electronic Steering Damper (HESD) on the base version also. The 2017 Honda CBR1000RR gets equipped with Showa 43mm Big Piston Fork and a monoshock unit does duty at back. Retardation is offered by Tokico radially mounted four-piston brake calipers. The 2017 Honda CBR1000RR will compete against the Kawasaki Ninja ZX-10R, Yamaha R1, BMW S 1000 RR, Aprilia RS V4 and the Ducati 1299 Panigale.

As part of the Honda Asian Journey 2017, we got to sample Honda’s incredible MotoGP bike for the road

As Honda's flagship models, the CBR1000RR and the CB1000R step on the Indian soil, Team ZigWheel's raging bull, Muntaser Mirkar investigates how fast the two big Hondas really are.