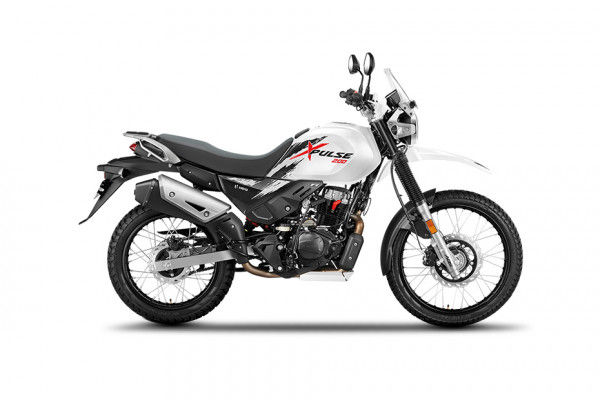 The final piece of the puzzle has been completed with the prices of the Hero XPulse 200 BS6 finally being announced. The adventure bike will only be available in a fuel-injected avatar for Rs 1,11,790, which is Rs 6,790 dearer than the BS4 Fi variant. Bookings for the bike had begun a while back and deliveries for the XPulse 200 BS6 will commence shortly.

We had known for a while that the 199.6cc single-cylinder air-cooled engine had lost a bit of steam when it was updated to BS6 norms. The new output figures of 18.08PS and 16.45Nm are 0.32PS and 0.65Nm lower than before. Not only does the engine get a chunky cat-con now but also an oil cooler. The cooling aid was present on the original concept but didn’t make its way onto the actual bike until now. There is a stark improvement in the underpinnings of the XPulse 200 over the old Impulse. To begin with, its new tubular diamond frame is suspended by a 37mm conventional telescopic fork and seven-step preload-adjustable monoshock. The wheel travel offered by these units is phenomenal, 190mm at the front and 170mm at the rear. And if you are serious about your off-roading needs, you can shell out Rs 38,000 more and get the Rally Kit. More details on the kit here. The 21-/18-inch wire spoke rims come shod with Ceat dual-purpose tyres. While there is no change in braking hardware (a 276mm front disc and 220mm rear disc brake), all colour models get petal discs now. Earlier, only the fuel-injected colours got it.

The Hero XPulse 200 has quite a slim and functional design. Its tank design is an evolution of the one from the Hero Impulse. The flat seat, long front fender, upswept end can, and wide bars give it an enduro vibe.

The circular headlamp and sleek tail lamp are LED units but the turn indicators still use conventional bulbs. A full digital dash is also present which gets smartphone connectivity. With the connected features, the dash gives call alerts, SMS alerts, turn-by-turn navigation and other ride-related data. Crash protection is pretty basic with plastic knuckle guards, a metal bash plate, and small engine guard.

The Hero XPulse 200 BS6 is the most affordable adventure bike in the country. It undercuts other adventure motorcycles such as the Royal Enfield Himalayan and the KTM 390 Adventure by a significant margin.

The mileage of Hero XPulse 200 is 49.01 kmpl. This is the claimed ARAI mileage for all the variants of XPulse 200.
View User Reported Mileage

What is the price of Hero XPulse 200?

What is the mileage of Hero XPulse 200?

What is the Tyre and Wheel type of Hero XPulse 200?

Does the Hero XPulse 200 have ABS?

What is the EMI of Hero XPulse 200 in Delhi?

What are the colours available in Hero XPulse 200?