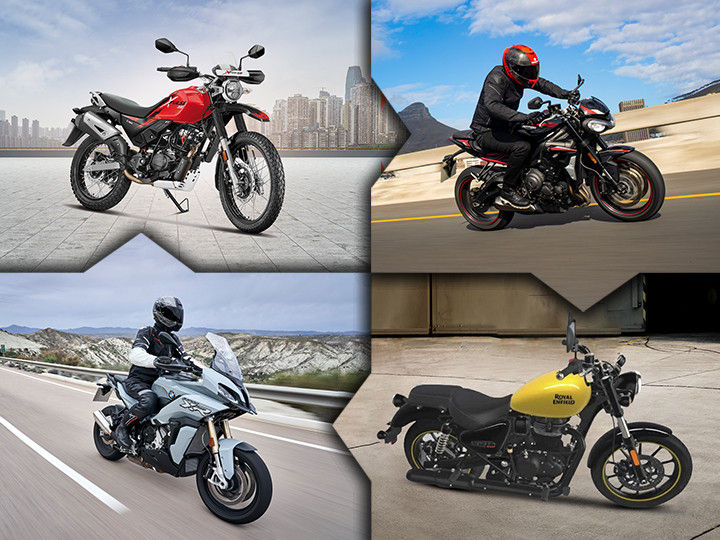 July 2020 promises to be quite an action-packed month. Usually, two-wheeler manufacturers shy away from bringing anything new into the market this month with monsoons in full swing. Given the unprecedented times, manufacturers have little choice but to get back on track and minimise the negative effect of the COVID-19 lockdown. Here are the bikes we think will be launched this month:

2020 Triumph Street Triple R
The last of Triumph’s new bikes that will be launched in 2020 will be arriving this month: the Street Triple R. Earlier, Triumph has shied away from bringing in this trim to India but now the Triple R will be the entry-point into the naked series. It is not going to be as mellow as the old Triple S or as racy (and pricey) as the RS. It does pack good components and is the most agile version of the series. Don’t believe us? Read this story to check out what you are gaining/missing out on by opting for the R instead of the RS.

BMW S 1000 XR
The next of the new Bavarian beauts to arrive on our shores will be the S 1000 RR’s adventure-cum-sports tourer sibling: the S 1000 XR. The new motorcycle has ditched the asymmetric look for a meaner face. The bike is lighter and has not lost out on performance. There is no ShiftCam tech on the bike, which could be a bit disheartening, considering it could have made the large XR a lot more usable.

Royal Enfield Meteor 350
A motorcycle that we have been waiting for a really long time but hasn’t arrived as yet is the Royal Enfield Meteor 350. It is going to be the first bike from the company’s newest J-platform with a brand new 350cc engine. And the heart isn’t the only new thing about the Meteor 350, it is also its skeleton. On the surface, it might look quite like the old Thunderbird 350 but it gets a new frame and hopefully beefed up suspension units.

Hero XPulse 200, XPulse 200T And Xtreme 200S
Hero’s flagship series of bikes -- the 200cc platform -- is yet to receive their BS6 updates. While the specs of the XPulse 200 have been revealed for quite some time now, we are yet to hear more about the other two. Also, what is the fate of the Xtreme 200R? Hero hasn’t listed the product on its site with an upcoming banner. Will it be discontinued or will Hero give the bike a much-needed overhaul and style it just like its younger sibling, the Xtreme 160R.

Honda CB Hornet 160R, XBlade
Hot on the heels of the launch of the BS6 Grazia 125 and Livo, Honda India will be launching a few more BS6 bikes in the near future. The pick of the bunch will be the updated 160cc models: the Hornet and the XBlade. Honda is the last manufacturer to bring out its BS6 contender in the 160cc sporty commuter segment. Will the Hornet get the necessary updates to mount a challenge on the likes of the TVS Apache RTR 160 4V and the Hero Xtreme 160R?

Yamaha FZ25
As we were heading into Auto Expo 2020 (yeah, remember that time), Yamaha sneakily announced that it had updated its quarter-litre naked, the FZ25, to BS6. It also introduced an ‘S’ variant which gets fancy colours and a few extra bits and bobs like knuckle guards and a windshield. Yamaha refrained from announcing the prices then but July could finally be the month where we get to know the final piece of info from the Japanese bikemaker.

TVS Victor, Scooty Zest
The last two models that are left to be updated from the TVS stables will most likely be launched this month. The launch timelines of both the Victor BS6 and the Scooty Zest BS6 had to be pushed ahead due to the COVID-19 lockdown. With relaxations in place now, these two models will finally roll out of Hosur in their BS6 avatars.

Suzuki V-Strom 650XT
The Suzuki V-Strom 650XT is one of the most important big bikes that the brand sold in India, after the Hayabusa of course. Suzuki has been teasing us with the prospect of the BS6 V-Strom 650 for a while now, with the ADV getting its new emission updates first in India and then across the world.

Kawasaki Z900
In order to sell off the final few BS4 units of the bike, Kawasaki India had released a limited edition Z900 with a new TFT dash and LED face. However, we are still waiting for the BS6 bike which finally gets electronic riding aids.