The Meteor 350 Makes An Impact! 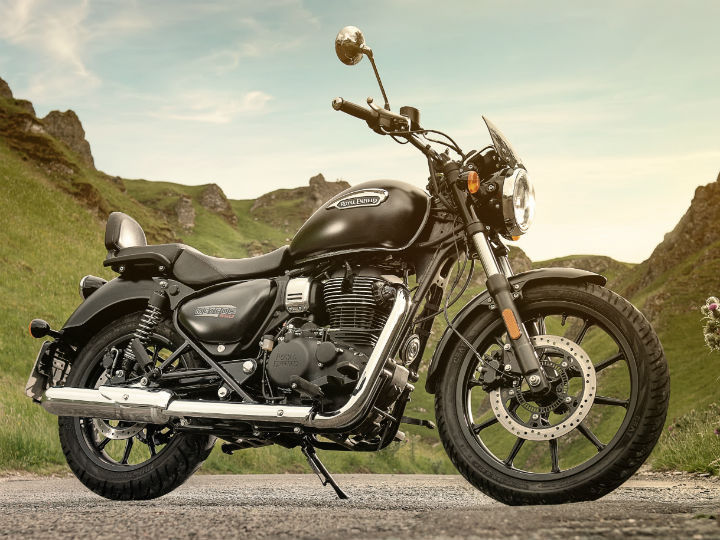 After months of longing, enthusiasts are finally getting to witness a new chapter for Royal Enfield with the launch of the Royal Enfield Meteor 350 . This 350cc cruiser is the first product to spawn off the all-new J-platform, designed to deliver a much better overall riding experience than to the long-in-the-tooth UCE range. The bike is available in three variants: base fireball, mid-spec Stellar and top-of-the-line Supernova. Bookings are open at a token amount of around Rs 10,000. It may vary from dealership to dealership, though. Here are the variant-wise prices:

In comparison, the dual-channel alloy-wheel-equipped Gunmetal Grey colour variant of the Classic 350 priced at Rs 1,83,164 (ex-showroom Delhi). Royal Enfield offers a three-year warranty along with roadside assistance for one year as standard. The Fireball variant gets a blacked-out theme with colour-coded fuel tank and rim stickers. In minimalistic fashion, the fuel tank and the side panels feature simple stickers instead of 3D logos. Stellar is the slightly more practical variant with a cushioned backrest as standard and chrome finish on the exhaust system, fuel injector cover and handlebar. Apart from colour-coded fenders and side panels, this variant also gets 3D logos for an added dose of premiumness. The top-end Supernova gets all the features of the Stellar as well as a large windshield, more premium seats, and a dual-tone paint job.

The Royal Enfield Meteor 350 is built on an all-new double downtube split cradle frame, with a brand new BS6-compliant 349cc single-cylinder SOHC 2-valve air-cooled engine nestling inside. Here are the power figures in comparison with the Royal Enfield Classic 350 BS6:

As you can see, the output figures aren’t all that different from the UCE engine. However, the new engine is designed to be a lot more refined than before thanks to the new counterbalancer, not to mention, slightly more free-revving. While we were expecting a 6-speed transmission, Royal Enfield has chosen to offer a 5-speed unit. Will it be able to cruise at triple-digit speeds on the highway? Well, find out in our first ride review here.

When it comes to features, the biggest talking point has to be the smartphone-compatible semi-digital twin-pod instrument cluster. The smaller pod houses the display for the turn-by-turn navigation unit, which Royal Enfield calls Tripper Navigation. The digital inset in the main pod shows the gear position, time, Eco mode, trip meter and odometer readings. For even better convenience, the motorcycle gets a USB port on the left switchgear to charge your devices on the go. Unlike the projector headlamp with LED DRL in the Thunderbird, this one gets a conventional halogen headlamp with an LED DRL. The tail lamp is LED, as usual, though.

Royal Enfield has upgraded the brakes in the Meteor 350. It gets a 300mm front disc (up by 20mm) and a 270mm rear disc (up by 30mm) with standard dual-channel ABS. While the front alloy wheel is the same, at 19 inches, the rear wheel is a slightly smaller 17-inch unit. The wheels are shod with fatter 100-section front and 140-section rear tubeless tyres as standard.

At a generous 170mm, ground clearance is 35mm more than its predecessor. That's not all, the Meteor 350 is lighter too. It tips the scales at 191kg kerb as compared to the Thunderbird 350X's 197kg weight. At 765mm, the seat is pretty accessible for shorter riders as well. On the flip side, the fuel-tank capacity has gone down from 20 liters to 15 liters in the Meteor 350.

All in all, the Meteor 350 has undergone considerable improvements over its predecessor to make it a much better proposition overall. But will it be able to steal Honda H'Ness CB350 's thunder? Only time will tell. The motorcycle will also go up against the Jawa Perak and the Bajaj Dominar 400 , which is a more modern sporty tourer.