Kawasaki has nailed the supersport’s pricing, but what else can you get at a similar price point? 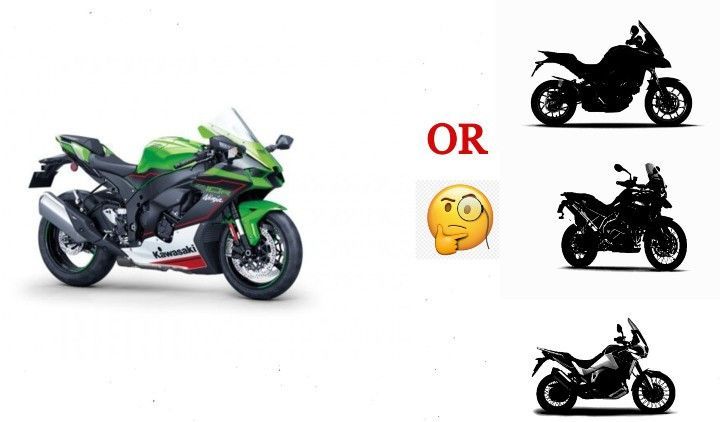 The year started with Kawasaki hiking the prices of its bikes, some under the guise of the MY21 model, and no other changes except for a new paint job. The Ninja 300 too, which was launched last month, turned out to be a pricey affair with nothing new, except… you guessed it right, paint jobs. When it came to its litre-class track scorcher, Kawasaki hit the bulls eye again. At Rs 14.99 lakh, the 2021 Ninja ZX-10R is Rs 1 lakh more expensive than its predecessor, which is justifiable, given the updates the bike has received. So, if you were willing to shell out that kind of moolah, here’s what the Indian market currently has to offer:

If you aren’t going to be spending your weekends around a racetrack, the Tiger 900 Rally Pro is certainly worth a look. Completely overhauled in 2019, the bike now gets a 888cc in-line triple motor with a raspier sounding exhaust, thanks to the new firing order. Then there’s the fully adjustable Showa suspension at both ends to tread anywhere and Brembo Stylema monoblocs to shed speed. That’s not all, though, there’s a lot going on with the new Tiger. We already rode the Rally variant and our review might help you out better.

This isn’t the Ducati you were probably waiting for. With a price tag of Rs 17.49 lakh, the Panigale V2 is quite an expensive deal. As for the Multi, it has a lot to tempt you. From the semi-adjustable skyhook suspension, lean-sensitive ABS and traction control to the LED lights with cornering capability and Bluetooth-enabled console, the Multistrada 950 S is loaded to the T. Equally enticing is the 937cc Testastretta L-Twin engine churning out 113PS and 96Nm. If that’s got you interested, stay tuned, as we will be dropping the review of the 950 S soon.

While we still await official news on the CBR1000RR-R’s pricing, the only Honda available in ZX-10R’s proximity is the Africa Twin. The bike is powered by a 1084cc parallel-twin mill developing 102PS and 105Nm. In terms of electronics, the Africa Twin gets a lean-sensitive ABS along with traction control, wheelie control, and even ride-by-wire. Since we just get the Adventure Sport variant, it is apt for touring as well.

If ADVs aren’t your thing, you might want to check out the burly boxer roadster from BMW. The R 1250 R is powered by a 1254cc boxer twin producing 135PS and 143Nm. The Beemer gets traction control, hill start control, and two riding modes as standard.