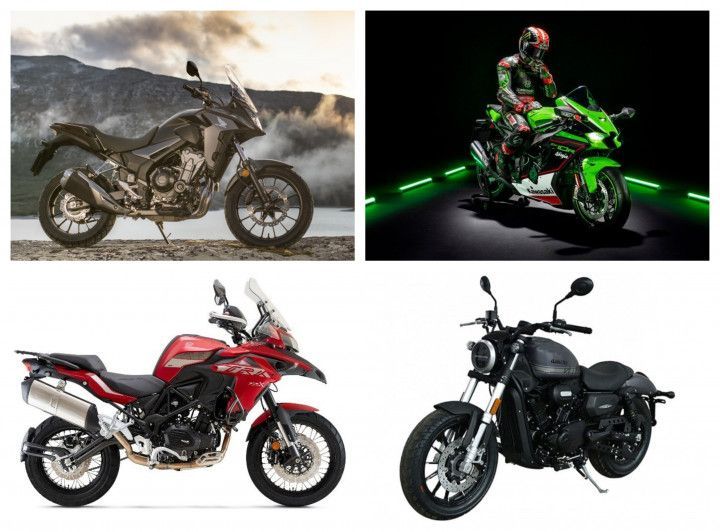 All of us knew that 2021 is going to be a great year for two-wheeler enthusiasts and barely three months into the year, we have had some amazing launches and unveilings. The theme continued this week as well with the arrival of some highly-anticipated bikes:

We were the first to break the news of the CB500X’s impending launch in India. This week, Honda’s premium bike vertical, Big Wing India, launched the CB500X in India. We had the chance to experience the bike two years back in Malaysia and were impressed. However, is it really worth the absurd price tag it carries? Find out all the details in this story.

The year didn’t start well for Kawasaki fans, thanks to the price hike across the range. However, the revered Japanese brand redeemed itself by launching the 2021 Ninja ZX-10R at a mouth-watering price. In spite of all the updates, it is just a lakh more expensive than the older model and cheaper than the Ducati Panigale V2.

Harley-Davidson’s ‘Rewire’ strategy may not have killed the plans of a small-displacement Harley. However, the brand seems to be going back to its roots for this bike and not building the flat-tracker-ish bike based on the Benelli TNT300. Not only is the new bike going to be a cruiser, it will have a V-Twin heart as well. Will it come to India? Find out in this story.

Just days after we broke the news of the TRK 502X’s comeback, Benelli has launched the bike. It shares its list of updates with the 502 and just like the road-going sibling, there’s no change in the performance despite the BS6 transition. In fact, the Benelli TRK 502X is cheaper than before. Read this story for all the details.

Royal Enfield may not be a brand you’d associate with speed records but it now has broken the land speed record at the Lake Gairdner Speed Week on an Interceptor 650. The bike went all the way up to 212.514kmph, and that too with minimal modifications. To know what changes were made to take the roadster beyond the 200kmph mark, read this story.