Phenomenal Pricing Once Again For The 2021 Kawasaki Ninja ZX-10R 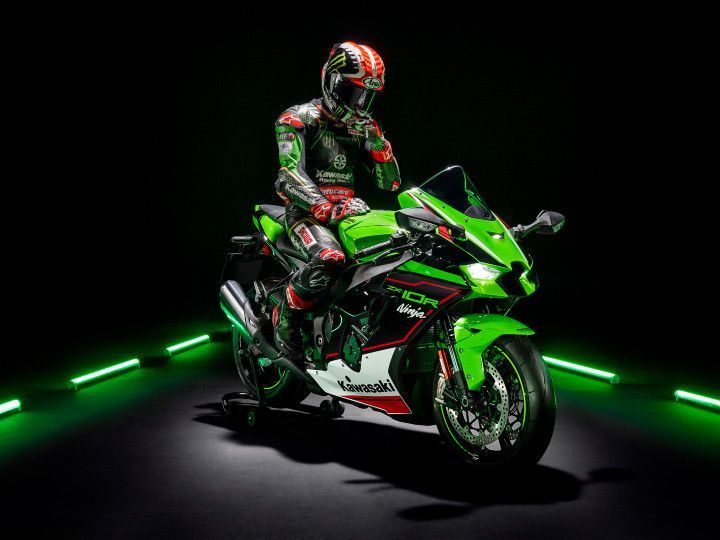 Kawasaki has been blowing the competition apart in the litre-class sportbike segment for years now with its Ninja ZX-10R racking up countless WSBK titles in succession. Actually, it is the bike’s derivative, the ZX-10RR, that has been winning all the spoils but the crux of the two bikes remains the same. Not only does it do a smashing job on the racetrack but the company’s Indian arm has always managed to knock it out of the park even when it comes to the pricing of the litre-class Ninja. And 2021 is no different with the new ZX-10R arriving at a relatively affordable Rs 14.99 lakh (ex-showroom).

Yep, Kawasaki’s new price tag for the Ninja is just a lakh more than the outgoing model. When you consider the updates the bike has received in this iteration, it is incredible how Kawasaki could settle on such a fantastic price. Shame it couldn’t do the same with the Ninja 400.

Nevertheless, the Kawasaki Ninja ZX-10R reignites its rivalry with the BMW S 1000 RR, the only other litre-class sportbike currently on sale in the country. Honda has sold a handful of the CBR1000RR-R Fireblade in the country but we haven’t received any official communication from the company regarding the price of the bike. Our dealer sources have reported an astronomically high price for the Fireblade. The BS6 version of the Ducati Panigale V4 is yet to arrive and so is the 2021 Aprilia RSV4. However, all of these three European beauties are not going to be able to match the Ninja’s price tag.

What really makes the price of the Ninja all the more enticing is that it manages to be more affordable than the Ducati Panigale V2. Even the upcoming Aprilia RS660, for which bookings have supposedly commenced, is likely to be priced at Rs 13.39 lakh, just a shade lower than the Ninja. Hence, the Kawi makes for a great VFM purchase.

The 2021 Ninja ZX-10R gets a comprehensive set of updates, starting with the new front fascia. Sure, aerodynamics plays an even more important role nowadays in motorcycle design than it did a couple of years ago but this is one oddball-looking Ninja. The integrated winglets create an additional 17 percent downforce but it’s 100 percent more visually striking than the older model, and not entirely in a good manner.

Kawasaki has improved the rideability of the Ninja by making the first three gears shorter with a larger 41-tooth rear sprocket now replacing the older 39-tooth one. This is bound to improve the acceleration of the Kwacker that has not seen any drop in performance, despite adhering to BS6 norms. The Ninja sees many changes hidden under its new fairing that you can read about in this story.

The 998cc inline-four still howls beyond 13,000rpm, producing its peak power of 213PS (with Ram Air effect, of course) at 13,250rpm. The 114.9Nm of torque also kicks in at an incredibly high 11,400rpm. This motor is housed in an incredibly agile aluminium twin-spar frame with an aluminium swingarm equally helping its handling credentials. Showa fully-adjustable suspension units receive revised spring rates but have essentially the same construction. Brembo M50s are only for the standard 10R, with the top-spec Stylemas reserved for the homologation special ZX-10RR.

Kawasaki has always enjoyed much success with the Ninja ZX-10R in the country and the same is expected with the 2021 model. Being the most affordable bike in the segment helps its cause incredibly and when you factor in the WSBK-honed handling setup, there is no doubt how exciting the bike is going to be around a race track. Wish there was a better solution for the winglet design, though.