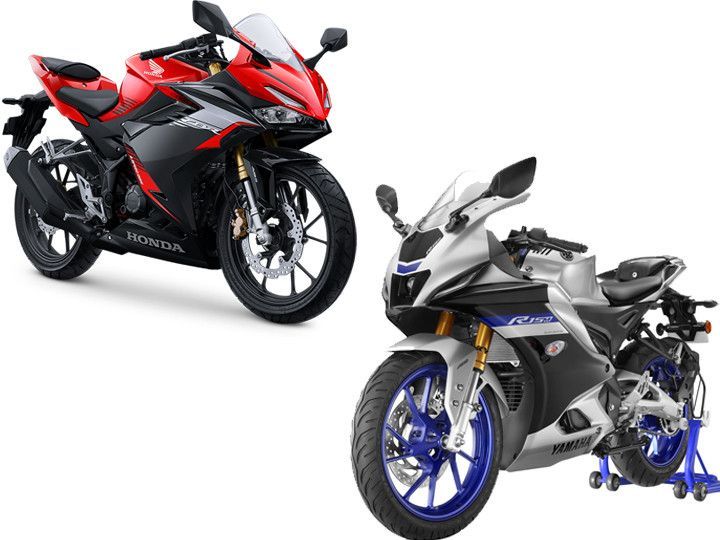 It’s a question lingering on every enthusiast's mind, when will Honda bring the sporty 2021 CBR150R to India? Honda currently doesn’t have a fully faired entry-level bike in India, and bringing in the CBR150R would put it in a better position to take on Yamaha’s recently introduced R15 V4. Yes it’s expensive, but so is every other bike of this calibre. So if Honda were to offer its entry-level supersport in India, how would it fare against the fourth-gen R15, at least on paper?

Looking at the spec sheet, the CBR150R packs a slightly smaller 149.16cc motor compared to the R15. However, the power deficit is a meagre  1.3PS. Moreover, the CBR makes a bit more torque lower down the rev range. And when you factor in the CBR’s 3kg weight advantage, the performance gap seems trivial.

We believe the CBR150R may be able to get off the line faster since it weighs less and makes most of its power lower down the rev range. However, the R15 with its VVA-equipped engine and linear power delivery may soon catch up and outrun the Honda.

Both bikes are pretty similarly equipped. The difference, so to speak, is down to the frame, swingarm and tyres. The R15 features more premium equipment featuring a deltabox frame, an aluminium swingarm and a fatter radial rear tyre. Both bikes also get dual-channel ABS, though the CBR only gets it on the top-spec models.

The R15 V4 may be the better equipped bike, but the CBR150R is the lighter one here. It also features a shorter wheelbase and a slimmer rear tyre which could make it livelier in the corners. Not to mention, the lower seat height makes it more accessible for shorter riders. You also have a slightly larger fuel tank which will mean fewer fuel stops compared to the R15. And if you consider the CBR's lower kerb weight, you might find it easier to move around in the parking lot too!

The ground clearance, however, is less, so you might have to be more careful while going over those tall speed breakers or crater-sized potholes.

There’s no two ways to it, the R15 V4 packs more features than the CBR150R. It offers a lot more for the asking price. You have a number of segment-first features including traction control and a quickshifter which are usually only seen on big bikes. Yamaha even went a step further to offer a range of premium accessories for the R15. You can check them out here.

So if Honda wishes to compete in the same segment, it would have to manufacture the 2021 CBR150R in India to bring down costs. As is the current scenario, the R15 V4 has the CBR beat in every possible aspect. So pricing the bike more competitively is the only way Honda could come out on top.