The third iteration promises to be bigger; includes a stunt championship now 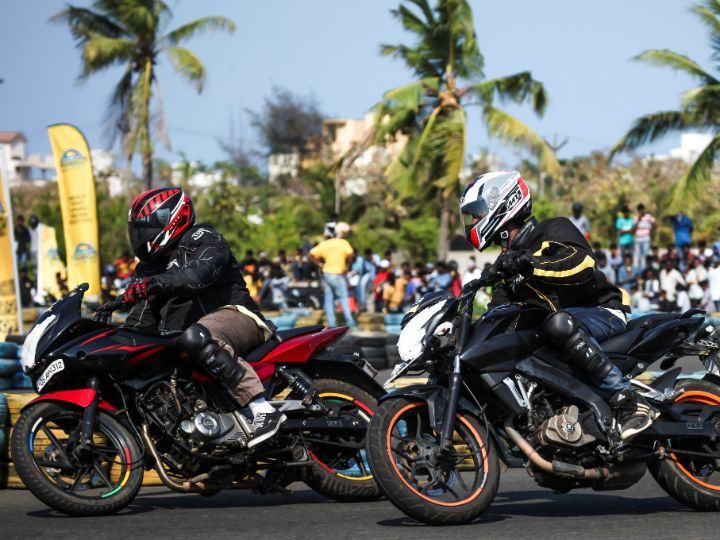 In its third year running, the Bajaj Pulsar Festival of Speed (FOS) begins from December 23 in Gurugram, Delhi. From there, it will head to Hyderabad on January 6, Mumbai on January 13, Pune on January 20, Bangalore on January 27, Chennai on February 3 and Coimbatore on February 17. The two-day festival will be open for all enthusiasts.

One of the biggest highlights of the festival has been the Pulsar Cup championship: a series of races conducted across various cities. The winners of which compete in the final showdown at the Kari Motor Speedway. Races are divided into three categories: Pulsar AS200 and NS200 class, RS200 class and Pulsar 220 class. This year, Bajaj has added a new category, called Stunt Championship where anyone owning a Pulsar can participate. Six winners from these categories will qualify for the finals in Coimbatore. The ultimate winner from each class walks home with Rs 50,000.

Race prospects and enthusiasts can come and train with national champion and professional racer Emmanuel Jebaraj, while those interested in stunting can train with the Ghost Ryderz, India’s top stunt team.

The venues will have a dedicated track setup and stunt arena. Day one will be about biking clinics where participants will be trained in the art of racing and stunting. Day two will include

live band performances, stunt shows, a Pulsar experience zone, burnout zones and a lot more. Commenting on the third edition of FOS, Mr. Sumeet Narang, Vice President, Marketing, said, “It is our endeavour to evolve the landscape and keep raising the bar of customer engagement. Towards the same, we are introducing India’s 1st stunt championship in FOS where the amateur stunters will get to train with best and a chance to become the 1st Pulsar stunt champion. We wanted to give biking enthusiasts a chance to fine tune their racing and stunting skills. We are introducing pro clinics for amateur racers and stunters where they will get a chance to train with the best professionals and improve their skills.”

You can know more and register for the event at Bajaj’s official website.