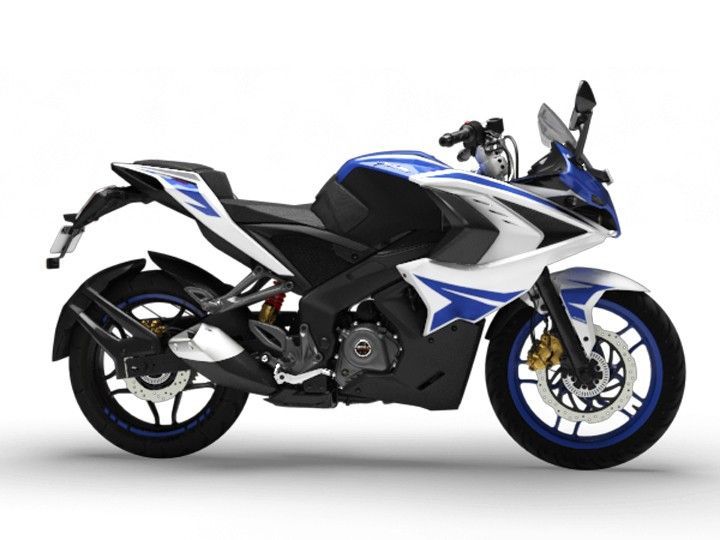 Bajaj had recently unveiled the updated Pulsar RS200 and the Pulsar NS200 at a dealers’ meet in Turkey. It was very much evident that the bikemaker will be launching the updated models in its home market, India. The Pulsar RS200 was the first fully faired bike from Bajaj and it comes equipped with ABS, fuel injection, liquid cooling, perimeter frame and twin projector headlamps.It is powered with a 199.9cc motor producing maximum power of 24.5PS @ 9750rpm and a peak torque of 18.6Nm @ 8000rpm. The new bike comes with an updated exhaust system to make it BS-IV compliant, along with two new colour schemes – Racing Blue and Graphite Black.

The Pulsar NS200 was discontinued for some time in the recent past due to the emission norms, and the bike has now been re-introduced by Bajaj. It is powered with a 199.9cc engine producing maximum power of 23.5Ps @ 9500rpm and a peak torque of 18.3Nm @ 8000rpm. It now complies with the BS-IV emission standards and is available in three new colour schemes – Graphite Black, Mirage White and Wild Red.

Commenting on the launch, Eric Vas, President Motorcycle Business, Bajaj Auto Ltd., said, “The 2017 range of Pulsar RS200 and NS200 gives the Indian motorcyclist the latest international technology in performance motorcycling. Bajaj is proud to lead the introduction of the most advanced motorcycling technologies in the Indian market.  With our new 2017 Pulsar range we offer discerning motorcyclists a combination of sporty responsive performance, high quality finish, and unbeatable speed& handling that reaffirms the Pulsars product leadership.”