Are there any other changes than what meets the eye? 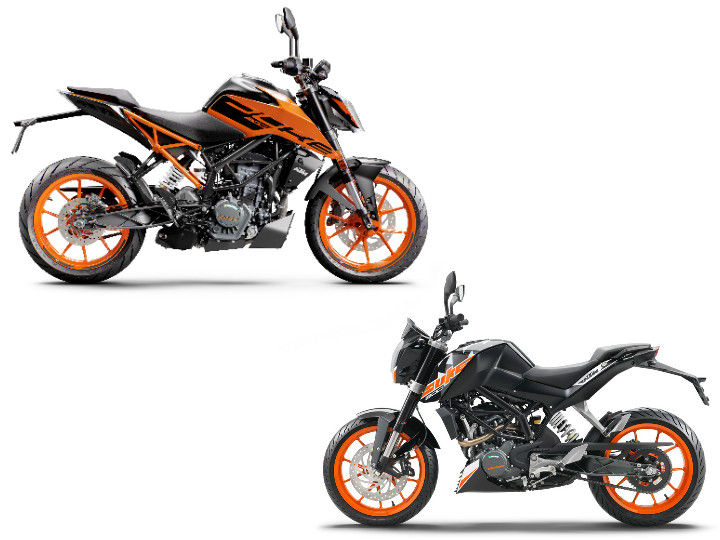 In one swift move, KTM has launched the BS6 versions of all of its existing models. Most of them get subtle livery updates or an additional feature. However, the KTM 200 Duke BS6 model gets a whole host of changes that make the new bike look distinctively different from its predecessor. The 200 Duke BS6 is now priced at Rs 1,72,749, which is Rs 10,496 more than before. So what do you get for the extra moolah?

Styling:
The biggest change on the new 200 Duke is its styling. Gone is the old look, which has been around since KTM first launched the bike in 2012. To keep the bike fresh, the Austrian brand has been updating the livery of the bike for years. But now, the design is identical to the KTM 250 Duke. It gets a split trellis frame, a longer rider as well as pillion seat, a larger fuel tank and two new graphic schemes: Electronic Orange and Ceramic White.

Ergonomics:
With the rear subframe similar to the 250 Duke and the KTM 390 Duke, the seat height of the 200 Duke has gone up from 818mm to 830mm. The 12mm increase in seat height might just prove to be a slight hindrance for shorter riders.

There will be a change in the riding posture too. On the old bike, you would be sitting in the bike rather than on it. With the gain in saddle height, you would be sitting on the saddle, weighing the front end of the bike a bit more than before. While this could translate to better riding dynamics, it does the bike’s curb high speed touring abilities.

Additionally, there is a gain of almost 9kg from the BS4 model. This can be attributed to the new bolt-on subframe, larger metal fuel tank and the new headlight unit.

ABS system:
After shying away from offering it on the older bike, KTM has finally given the 200 Duke the extra safety net of dual-channel ABS. The BS4 model was kitted with single-channel ABS after the mandatory ABS norms kicked in. However, to justify the Rs 10,496 hike in price, KTM has had to kit the bike with a dual-channel system.