KTM 125 Adventure In The Works

Yes, Santa. We need a 125cc adventure motorcycle in our gift basket 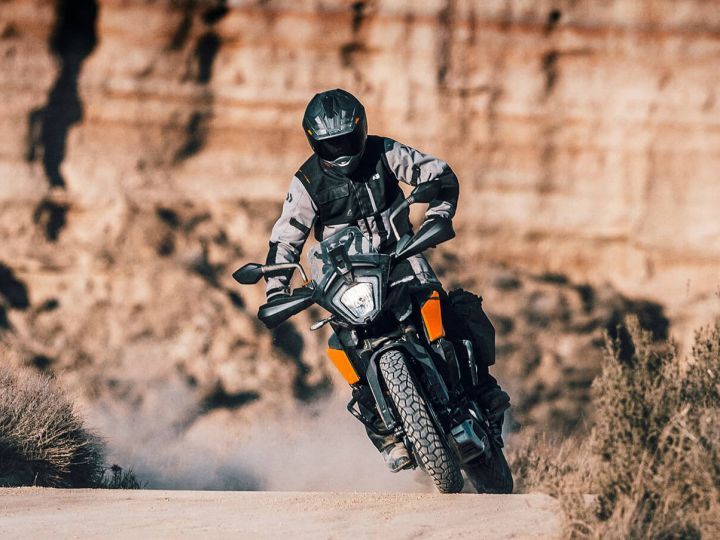 KTM wants every one of us to join the adventure motorcycle segment. The Austrian bike maker has already shown us the 390 ADV, which will be officially launched in a few weeks. And then there’s the 250 Adventure, which is also in the pipeline. But someone at KTM thought ‘what if we give them an even smaller adventure motorcycle?’ So, at the recent investors meet, KTM showcased its future model lineup. And guess what? There might be a 125 Adventure in the making. Yes, people of the internet, there might be a baby KTM ADV on its way!

Also read: Get Ready For Larger Small Capacity KTMs In 2020

KTM has mentioned three displacement sizes -- 125/250/390 -- of which we have already seen the 390 ADV and the 250 ADV. And looking at how successful the 125cc motorcycles have been for the brand, it makes sense for the bike maker to capitalise on this strategy and launch another 125cc variant in markets like India. Moreover, the adventure motorcycle segment in itself is gaining popularity at a rapid pace.

As the upcoming 125 Adventure is likely to be in development stages, we haven’t received any specific details just yet. In the 125 Duke, the single-cylinder 124.7cc motor makes 14.5PS of power and 12Nm of torque. However, we expect KTM to tune this motor to suit its ADV characteristics. While the braking hardware is likely to be similar to the other 125cc motorcycles, but being an ADV, it could come with long-travel suspension. Will it get all the features from its bigger cousin, the 390 ADV? Well, we don’t think so because that would increase the cost way too much.

When is KTM going to surprise us with the baby ADV? There’s no word on that yet, but we can expect the bike maker to showcase at least a pre-production version of the motorcycle at the next EICMA.