The 125 Duke is KTM’s best selling model in India 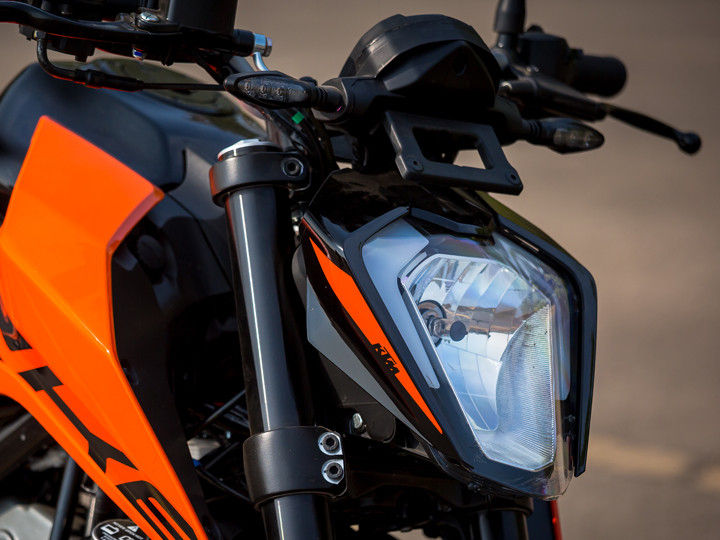 Reports suggest the 2021 KTM 125 Duke is about to get its biggest update yet: a new look inspired by the 200 Duke. So you can expect to see the exact same bodywork extending from the sharp design language, halogen headlamp to the digital instrument console. Having said that, you can expect a couple of new colour options to help differentiate the smaller Duke from the 200. Expect its fuel tank capacity to go up as well, from 10.2 litres to 13.5 litres.

A couple of dealerships have already started accepting bookings for the entry-level streetfighter which suggests its official launch is just around the corner.

Don’t expect any change in terms of powertrain. It’ll continue to be powered by a BS6-compliant 124cc, liquid-cooled, single-cylinder engine with 14.95PS and 12Nm of peak torque. What may work against the bike is the added weight which may pull down the bike’s power to weight ratio.  The BS6 200 Duke for instance gained 11kg during its transition. So the same can be expected from the baby KTM. Transmission duties would be carried out by the same 6-speed gearbox.

Don’t expect any change on the hardware front either except for the new bolt-on subframe. The USD fork, monoshock, wheels, tyres and brakes remain the same.

While the new look will certainly help KTM bolster sales, it has robbed the 390 Duke of its identity. Having the exact same design across the range has, in our opinion, diluted the KTM DNA to some extent. Bajaj applied the exact same strategy to its Pulsar lineup, which made it a bit mundane.

Nonetheless, keeping the same tooling and design for the Duke range should help keep costs in check. Moreover, the revamped baby KTM should help strengthen KTM’s position in the Indian two-wheeler market. Pricewise, the 2021 KTM 125 Duke is likely to garner a similar premium as the 200 Duke. So expect to shell out around Rs 5,000 - Rs 6,000 over the price of outgoing 125 Duke which retailed at 1.42 lakh (ex-showroom)