September 2021 Brought Us These Amazing Two-wheelers

There’s one that came in just as it ended 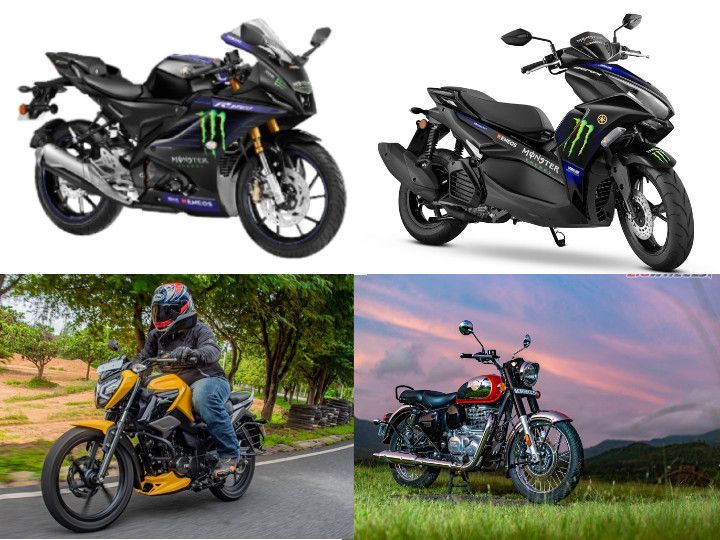 September 2021 saw a flurry of two-wheeler launches including some prominent ones that were delayed due to the second wave of the COVID-19 pandemic that struck earlier this year. Well, better late than never, right? Here are all the two-wheelers that came our way:

2021 Royal Enfield Classic 350
This was a biggie and quite frankly, we are still rollicking around in the fact that the new Classic 350 is such a delightful motorcycle. It exceeded our expectations in most areas and turned out to be miles better than its arch nemesis, the Honda CB350 (read our comparo here).

Yamaha R15 V4 And R15M
We were pleasantly surprised that Yamaha decided to give its beloved R15 a generational update. Considering that it has barely been over three years since the V3 was launched, the R15 V4 seemed a bit premature. However, that shouldn’t take away from the fact that the new R15 V4 (and its fancier sibling, the R15M) is edgier, more tech-laden and more accessible than before. Is it a perfect recipe for a brilliant small all-rounder? We can’t wait to have a go on it.

Yamaha Aerox 155 And RayZR 125 Hybrid
As if launching the R15 V4 wasn’t grand enough, Yamaha also launched the Aerox 155 and announced the prices of the RayZR 125 Hybrid on the same day. Firstly, the former scooter is Yamaha’s entry into the larger capacity scooter space in India, which is currently occupied by Vespas and Aprilias. The Aerox has an R15-derived engine and has the credentials to be the sportiest scooter in its class. And if you think the Aerox is a bit too sporty (and costly) for your liking, a price tag was finally slapped on the mild-hybrid system-equipped RayZR 125.

TVS Raider 125
After much speculation regarding its name, TVS rode in its latest 125cc bike, the Raider 125, this month. TVS has tried to filter down some of the sporty traits of the Apache RTRs to the Raider but without compromising on the sensibilities that one associates with 125cc commuter motorcycles. Here’s what we made of the new TVS commuter when we took it for a short spin around the TVS test track in Hosur.

Ducati SuperSport 950 And 2021 Monster
Ducati has been consistently launching a motorcycle per month since the lockdown was eased and this month it was double the fun. First to arrive was the sweet SuperSport 950 that now looks like the Panigales but is still very easy to ride. Then the Italian marque decided to spring the launch of the 2021 Monster on us, as the latest iteration of the middleweight naked is one of the hottest motorcycles to come our way this year. We will be riding the naked soon, so make sure you have the notifications turned on for when the video drops on the site.

Kawasaki Z900
The news of the launch of the 2022 Kawasaki Z900 came right at the end of September. No dramatic changes to the highly popular inline-four naked. In fact, there are no news bits on the bike: same engine, same colour, same features, and even the same price tag, which was revised in early August.

Piaggio Group
In one fell swoop, the official price list, the ones we scored months ago, of the big Aprilias and Moto Guzzis was announced in September. We got official confirmation that the RS660 and Tuono 660 will remain eye-wateringly expensive and so is the Moto Guzzi V85 TT adventure motorcycle. Meanwhile, the litre-class RSV4 and Tuono remain more or less the same as before, the superbike priced nearly on par with its Italian rival from Bologna.

So, those were the bikes (and a couple of scooters) that came our way in September. We should be riding a few of these machines soon. Bring on October, bring on more bikes!