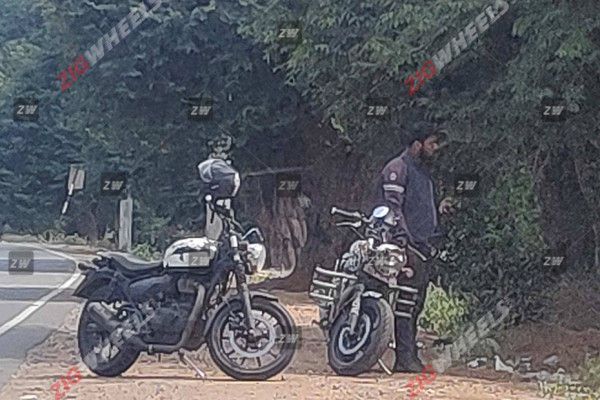 The underpinnings are also similar to the next-gen Classic/ Thunderbird range. It features telescopic front fork, twin rear shock absorbers, and disc brake on both ends with dual-channel ABS as standard.

Thanks to the easy-to-reach handlebars and neutral footpeg position, the riding ergonomics is expected to be pretty comfortable for both city runabouts and highway rides. The bike’s instrument cluster looks similar to the one on the upcoming Thunderbird 350. At the rear, the LED tail lamp and the indicators seem to have been lifted off the current-gen Thunderbird 350’s parts bin. Expect Royal Enfield to launch the bike by the end of 2020. It is likely to be priced around Rs 1.7 lakh (ex-showroom). Once launched, it will be a perfect rival to the upcoming Triumph-Bajaj motorcycle(s), and the already-existing Jawa Forty Two.

Royal Enfield Roadster is going to launch in India with an estimated price of Rs. 1.7 Lakh