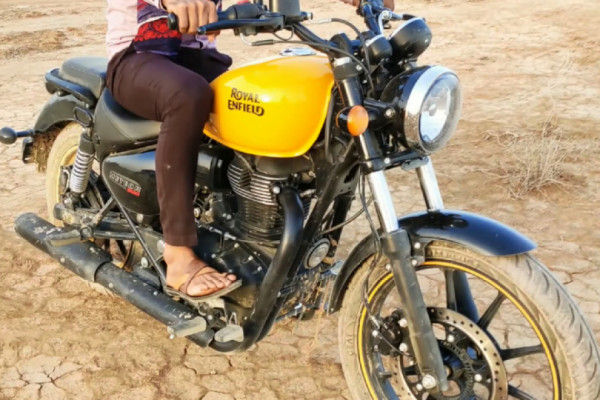 The Royal Enfield Meteor has been spotted undisguised before its official launch in India. The new Royal Enfield motorcycle will be replacing the Thunderbird 350X in our two-wheeler market. We expect the new Meteor to retail between Rs 1.75 lakh and Rs 1.85 lakh (ex-showroom). One of the main reasons for changing the name to ‘Meteor’ is because ‘Thunderbird’ is copyrighted by other brands in international markets.

The Royal Enfield Meteor will be the first Enfield bike from the new J-Platform. It features an all-new frame and a new engine as well. Engine displacement is unknown but we expect the air-cooled and fuel-injected motor to produce more power and torque than the Thunderbird 350. We are also hopeful that the Royal Enfield Meteor engine will have much better refinement and possibly feature a 6-speed gearbox.

Given the ongoing pandemic situation, the Royal Enfield Meteor India launch could be delayed by at least a couple of months.

Royal Enfield Meteor 350 is going to launch in India with an estimated price of Rs. 1.75 lakh