HMSI feels there’s a lot of potential in the 160cc segment. In fact, they have three motorcycles in the category. Read on to find which one suits you! 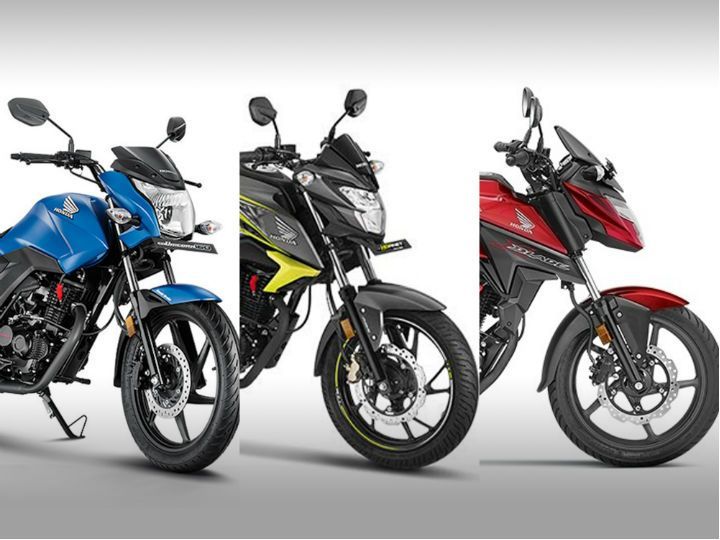 It all started with the Honda Unicorn 150. Its legendary build quality and refinement won hearts of many riders in the country. Slowly, the competition moved to higher capacity engines and to fend off its rivals, Honda introduced the CB Unicorn 160. However, the design was relatively sober when compared to the FZs and Gixxers in the market. Honda knew it could do more, and thus launched the masculine CB Hornet 160R. Over the years, it has been raking in healthy numbers in the sales chart. Later, to cater to the more budget-conscious enthusiasts, the Japanese marque brought in the X-Blade, which sits right between the more affordable Unicorn 160 and the cream-of-the-crop CB Hornet 160R. Here are the differences that set each motorcycle apart:

Among the trio of 160cc Hondas, the CB Unicorn 160 has the most conservative look. However, the design is smart, with subtle tank extensions and a clean tail section adorning the ‘H’-shaped LED tail light. The riding position is ergonomically designed for optimum comfort. The X-Blade, on the other hand, has quite a radical design. The Decepticon-like LED headlamp will surely turn erm... heads. The tank section is also aggressively designed with lots of cuts and slashes. Same is the case with the rear section that houses groovy grab rails, a shapely tyre hugger, and a T-shaped LED tail lamp. It even gets a dual-exit chrome-tipped exhaust for added aesthetics.

The Honda CB Hornet 160R has sporty and muscular proportions that are in line with other motorcycles in the 160cc naked segment. A small flyscreen adorns the top of the LED headlamp, and the wide handlebars help in easy manoeuvrability of the motorcycle. At the rear, a fat 140-section rubber with a stubby exhaust and an X-shaped LED tail light complement the macho appearance. While all three motorcycles feature digital instrumentation, the X-Blade is the only one to feature a gear-shift indicator. The Hornet and the X-Blade also come with a hazard lamp switch and a low-maintenance seal chain for better durability.

The Unicorn 160, X-Blade and the Hornet not only share the same diamond-type frame but also the suspension setup i.e. telescopic forks at the front and a monoshock at the rear. Coming to the braking aspect, the Unicorn’s front end features a 240mm disc and a 130mm rear drum, with CBS (combi brake system) as an option. The X-Blade sports a larger 276mm petal disc and a 130mm drum. However, there is no CBS, even as an option.

All three models get 17-inch alloy wheels, albeit with varying rubber size. For instance, the Unicorn and the X-Blade come wrapped with 80/100 section rubber up front. At the rear, the Unicorn makes do with a 110/80 section tyre, while the X-Blade is shod with a fatter 130/70 section tyre. The Hornet gets beefier rubber on both wheels, with the front measuring 100/80 and the rear measuring 140/70.

The Honda CB Unicorn 160 is more of an executive commuter for riders who are looking for a little more zing over the 150cc Unicorn, but without straying too much from the design language. Young riders who are under a strict budget may find the X-Blade alluring, thanks to the touring-friendly ergonomics and an aggressive design language.

The CB Hornet 160R is for the discerning rider who is looking for a sporty and premium 160cc motorcycle that offers looks, more performance and better safety, thanks to the optional ABS.