For 2018 the Honda CB Hornet 160R gets an LED headlight, and single-channel ABS is now available as an option. 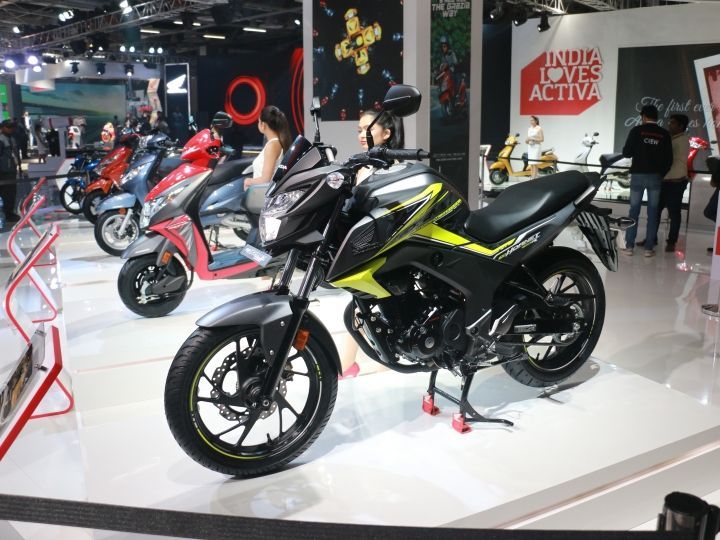 Honda first showcased the 2018 version of the CB Hornet 160R at the recently held Auto Expo 2018. The company has now silently launched the CB Hornet 160R in India, with prices starting from Rs 84,675 (ex-showroom Delhi) for the base variant. The Honda CB Hornet 160R is now available in four variants: Standard, CBS, ABS, and ABS Deluxe.

The one common and attractive feature across the variant list will be the LED headlights, which lends the bike a modern edge. Other feature highlights include a hazard indicator switch, a blue backlit instrument console and single-channel ABS unit. Honda has also provided a new set of graphics here to give it a racier look.

Apart from the updates mentioned above the Honda CB Hornet 160R gets a new metallic yellow shade as well.

On the engine and mechanical front the CB Hornet 160R remains the same. It is still powered by a 162.71cc, single-cylinder engine that produces maximum of 15.1PS at 8500rpm with peak torque of 14.5 Nm generated at 6500 rpm. The 5-speed transmission is also the same.

The diamond-type frame is suspended on telescopic suspension up front and a monoshock at the rear. Braking is managed by a 276mm petal disc up front and a 220mm disc brake at the rear. The single-channel ABS unit is available as an optional extra on the Standard and Deluxe variant as well.