The penultimate week of the year witnessed several developments, from launch announcements to price hikes and more 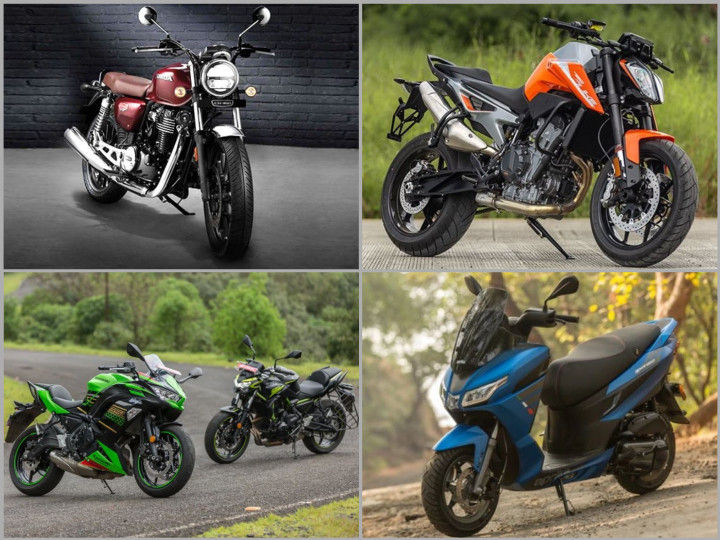 As 2020 draws to an end, some two-wheeler manufacturers are giving enthusiasts hope with launches, contests and more. Check out the top five picks from the world of two-wheelers news:

Aprilia finally launched its first maxi-style scooter for India, the SXR160, this week. It was unveiled at the Auto Expo in February but the coronavirus pandemic delayed its launch. Nonetheless, now that it’s here, check out how much it costs, its specifications and other details here.

Kawasaki has brought us good news and bad news. The disappointing bit is its entire current (road-legal) lineup is going to witness a price increase from January 1, 2021. The good news is...

We got our hands on the waiting period of Honda’s Royal Enfield killer, the H’ness CB350. Turns out, the upside of having limited availability is a relatively reasonable waiting period. Check out how long you’ll have to wait if you book your bike now.

KTM is all set to launch its 490 lineup in a little over a year from now. The upcoming bikes will pack a parallel-twin 500cc engine with a tune befitting the legends of the Hooligan-like Duke, racy RC, and all-conquering Adventure range.

TVS organised the second season of the NTorq 125 Call Of Design contest between September-end and early October. The winners have been announced now and one of our in-house design enthusiasts has won accolades in the Media Category. Check out all the creative designs here.