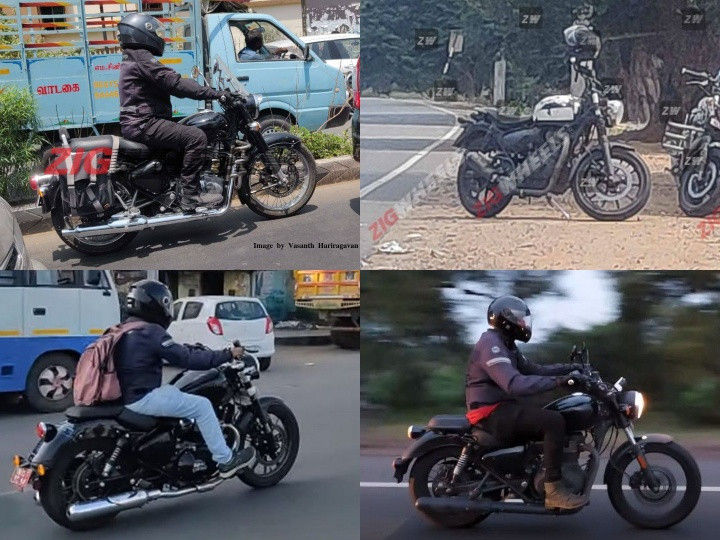 With a promise of a new bike or variant every quarter for the next 5 years (you read that right!), it’s quite clear that 2021 is going to be an eventful year for Royal Enfield. Here’s what you can expect from the Chennai manufacturer over the next 12 months:

Royal Enfield’s J-platform has finally come to life in the Meteor 350, and it’s going to grow further in 2021, with the updated Classic 350 joining the fray. It’ll use the same J1-349 motor as the Meteor, but housed in a more upright retro frame compared to the Meteor’s swooping cruiser profile. Expect it to get the same retro switchgear and Tripper navigation pod as the Meteor too. Considering how important a model this will be for RE, we expect a launch in the first half of next year, at a price of around Rs 1.80 lakh.

Royal Enfield has trademarked quite a few names and has been testing quite a few bikes, so it’s hard to figure out what’s going to be called what. One of the names in question is Hunter. We expect it to be attached to a naked roadster-style motorcycle, possibly displacing 350cc. This will be a more compact and modern bike than the genuinely retro Classic 350.

It isn’t just the singles, Royal Enfield will be expanding its twin-cylinder portfolio in 2021 as well. In addition to the roadster and cafe racer that it currently has, RE will be launching a cruiser-style motorcycle powered by the 650cc engine in 2021. It has already been spotted testing on public roads, and will be the first bike in RE’s 650cc range to come with alloy wheels. The test mules looked quite close to production-ready, so expect an official launch sooner rather than later, perhaps with the name 'Roadster'.

Okay, we don’t know for sure what exactly it’s going to be called, and it isn’t going to be the 650cc Himalayan that so many are hoping for, but RE is believed to be working on a more hardcore version of the Himalayan. The current bike has become a little too heavy for its own good, so we hope to see the upcoming bike shed a few kilos and perhaps gain a pony or two in the engine department. Aside from this, expect the usual fanfare of wire-spoke wheels, block-pattern tyres and long-travel suspension.

We haven’t spotted it testing yet, but with the J platform engine available to RE, it seems quite logical that sooner or later the new engine will make its way into the Bullet. This is an iconic model that’s synonymous with the brand name itself, so we hope to see it ride into the future powered by this new heart.